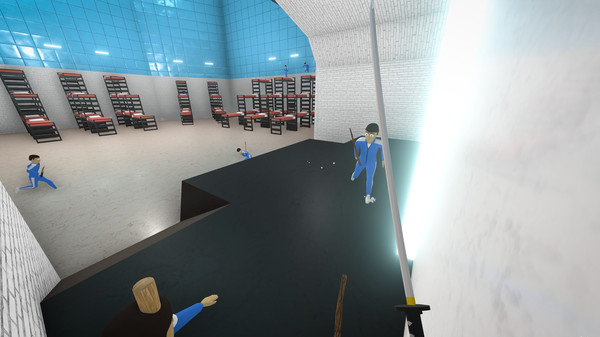 In case you’ve been under a rock for the past month, Squid Game is a battle royale-type TV show that has been standing at the pinnacle of the Netflix mountain top spawning a countless number of gifs, memes, and Halloween costumes and because of that, we now have the videogame version in Crab Game.

The simplicity of the show mixed with the utter brutality is what has made it such an intriguing mix and the biggest Netflix show ever, so naturally, the video game world would be the natural medium to jump into a concept around gaming.

While there hasn’t been anything officially out based on Squid Game, tons of copycat games releasing and mods being made for existing games both in VR and on the flat screen are coming out by the woodwork.

In VR chat, there has been an insane influx of user-created Squid Game modes that have been flooding youtube for a while and Fortnite has had several community-created iterations already as well and you know when Fortnite is in on it, it’s already incredibly huge.

On that note, we have Crab Game. While not the most thrilling name to go with, they at least hopped around copyright infringement for the time being and so far, it’s an absolute smash hit on Steam and becoming one of the most-watched games on Twitch.

With 12,539 favorable reviews so far, Crab Game has become a Twitch goldmine just like it became one on Netflix. While it is not an exact reproduction of the show, it recreates a bunch of childlike games in the same vein as the ones on the show to play through with your friends.

You won’t be getting blasted by pistols at point-blank, but failure to win will result in a less violent elimination. While the tone is less serious than the absolutely brutal horror that takes place in the show, the fun vibe Crab Game goes for is still an interesting social experiment of a game that asks you just how much will you trust a stranger or even a close friend when a huge prize is on the line. In terms of games that it plays like, think of Fall Guys but with a slightly more realistic aesthetic to it. It’s also playable for free, so there is no risk in playing one of the hottest games out right now.