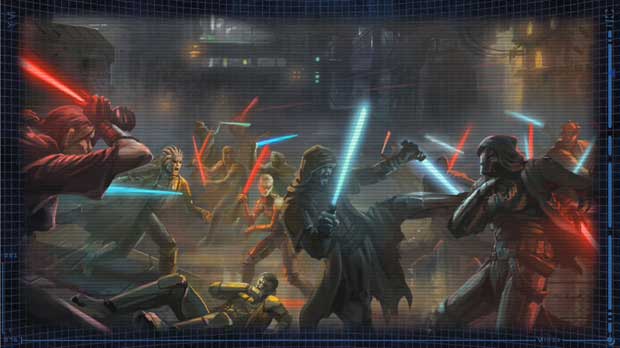 Star Wars: The Old Republic is a WoW clone claims an analyst after a recent hands on with the game at E3 2011.  Doug Creutz of Cowen & Company has recently called the game a “highly derivative” copy of Blizzards long running king of MMO’s.  The analyst who described his experience with the game “unimpressive”, seemed genuinely hurt that the game offered nothing groundbreaking from Bioware’s first run at an MMO.

“Despite promises from EA that the title represents a major step forward in MMO design, what we saw was essentially a World of Warcraft clone with Star Wars character skins and the Bioware RPG nice/nasty dialogue tree mechanism bolted on for non-player character conversations.”

Furthermore, Creutz wasn’t too keen on the visuals or how Electronic Arts chose to display them at the convention, claiming that they were “hardly breathtaking”.  I didn’t get the opportunity to play SWTOR at E3, but from my many conversations with convention goers that did, I got the impression that most people were impressed with the MMO.  You can’t please everyone I suppose.