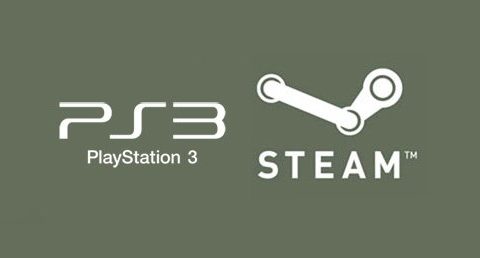 If you are a Valve fan, and let’s face it, who isn’t? You know that they support their games tremendously, some might say they are the best at preserving the life of games.  Between company updates and expansions, and the vast array of user content that can typically be found in a Valve title that plays on Steam, you know why this is very very important for Valve games inorder for them to be equally popular on consoles.  So much so that Gabe Newell, Valve’s head honcho, claimed the Xbox Live service to be a trainwreck because of the inability to provide an experience on Live that rivals what users get on the Steam Network.  And this is all true.  Just hop on to Steam and check out the Left 4 Dead 1 or 2 servers they are always hopping with activity.  Team Fortress 2? Same thing.  Reason?  Because the games are kept fresh by new FREE content constantly.  Whether that be from Valve itself or some brilliant minds that bend the Source Engine to their wills.

Always ahead of the curve, Valve knows that a huge loyal fanbase is much more important than getting 10 bucks from each of them when a new map arrives.  Which is what Microsoft does with all games, not just Valve titles.  Developers like Bungie and Valve are rare breeds that understand this very important dynamic in gaming.  Bungie made the best of the situation by offering FORGE mode with their titles.  Giving players the ability to create, upload, and share new experiences in the Halo Universe.  But can you imagine the wealth of things you would see from them if they could update and include new features at will?    The fact that when you show love, you get love is something that Microsoft really misses the boat on.  The pithy crap that Microsoft deems as rewards for customer loyalty are laughable at best, and at worst are slap in the face.  Just look at the dynamic between Team Fortress 2 on the Xbox 360 and the PC.  Two totally different games, One is almost as fresh as it was when it arrived years ago (PC), and the other is just a festering corpse that faded into the background of Xbox Live.  Why is this?  Because Valve’s not charging for new maps and probably believes that there is much more harm to be done than good when going that route.  And to put his money where his mouth is, when Left 4 Dead 2’s The Sacrifice released earlier this year on Xbox Live ($7), and PC (free) Gabe offered Left 4 Dead 1 & 2 on Steam for exactly the same price.  If that doesn’t tell you something is wrong nothing will.

Steamworks on the PS3 was announced at E3 2010.  Whether this will offer the same functionalities that the PC does is yet to be seen.  But if it does, you can bet your bottom dollar that the fanboys will only be as loyal to Microsoft as Microsoft  are to them.  At least that’s the way it should play out.   With the Left 4 Dead series being one of the most popular experiences on Xbox Live and Portal 2 due out in 2011 on all platforms why would anyone buy an inferior version of the game for the Xbox 360? Valve would be wise to port the game to the 360 because only an idiot would buy the inferior version, especially when it entails the kind of content that will likely be created for a game like Portal 2.  Even if not for just the money, many developers are starting to go this route.  Splinter Cell, Mass Effect, two of the Xbox and Xbox 360’s biggest franchises are coming to the PS3.  A full service Steamworks and Left 4 Dead 2 on the PS3 is something I would pay $60 for and I have played 100’s of hours with the game on Xbox 360 and PC already.  Just think about the millions who haven’t had that chance yet.   Irrespective of Gabe’s blunder of not embracing the console earlier in it’s lifespan, this is something that gamers should and will be excited about.

It’s all going to fall back on Sony though.  How open they are to allowing the type of freedom that Steam users have.  And also how much opportunity that they see from things like the in game stores that Valve already offers for games like Team Fortress 2.  The bottom line here is that Steam didn’t get to where it is today by giving their users a bad experience, and just because they weren’t first to the game, doesn’t mean that these old dogs: Sony and Microsoft can’t learn a thing or two yet.  Microsoft has proven that there is a procedure to be followed,which involves money and time,  and even in the most extreme circumstance patches and updates take weeks to hit the system.  Take Modern Warfare 2 for example.  Game ruining glitches persisted for weeks on Modern Warfare 2’s launch, before things were rectified.  And lets not even talk about the outrageously priced DLC. Differentiating themselves from Microsoft is something that would be in Sony’s best interest here.  Big headlines showed recently that Left 4 Dead 2 Mutations may be coming to the Xbox 360 from the PC, but for a game that’s over a year old now, it’s a little too late to get excited about it.  The wealth of maps and other user content readily available on Steam make playing Left 4 Dead 2 on Xbox 360 irrelevant.  Especially over one mutation. Give me City 17 maps on the Xbox 360 and then I’ll change my tune.  But until then, Microsoft needs to get with the program before Sony does, if it’s not already too late.  At last count Microsoft had a unanimously successful fiscal year, but when you ponder what losing Bungie and Valve means you start talking about a failure of epic proportions at least to who it’s supposed to matter, your customer base.