The latest news in the world of video games at Attack of the Fanboy
September 7th, 2014 by William Schwartz 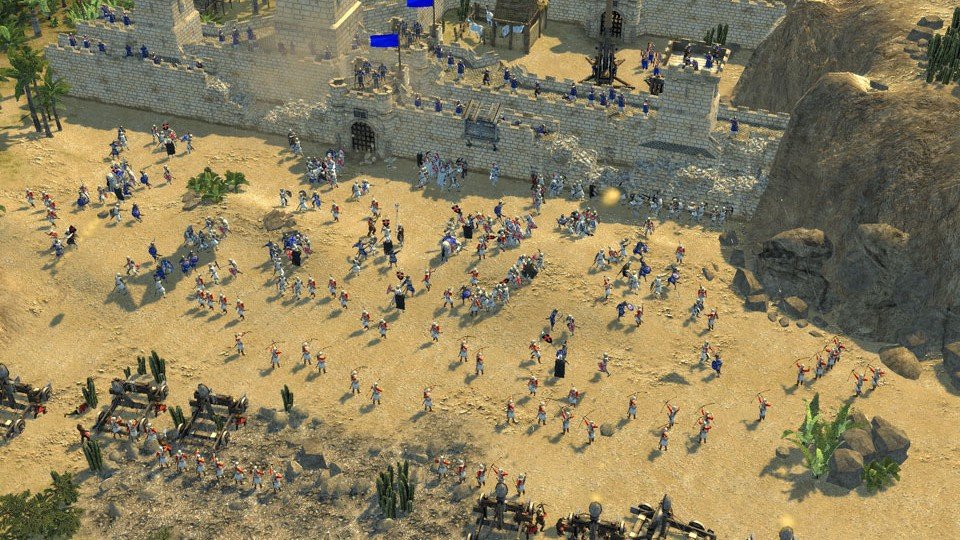 And no, not the grape, but the female counterpart of a Sultan. Some of you may remember we talked about the Caliph in our gameplay preview as one crazy (the loony kind) AI who is obsessed with fire. The Sultana is much more subtle. With a greater emphasis on the use of assassins and other specialized units, albeit in smaller formations. In combating the Sultana, good knowledge of counters for different units will be necessary, be it “dug-in” pikemen for charging knights and heavy Templar knights for whirling Dervishes. Also a lot of archers. Plenty of archers watching the walls, spread out evenly will be a must have or you will quickly find your lord getting assassinated by Altair types because you didn’t detect them.

As a new character in the Stronghold series, the Sultana brings along an opponent AI that focuses on trying to out-think you and try to hit you where and when you least expect it. It sounds like it will be an interesting challenge indeed, especially when compared to the pyromaniac Caliph. Variety is a good thing and all that’s left is to see if it pans out.

Stronghold Crusader 2 is planned for release on the 23rd of September for PCs and if you pre-order now from their website, you can get 10% off as well as some additional bonus content!

Are you excited about Stronghold Crusader 2? Let us know what you think in the comments below!