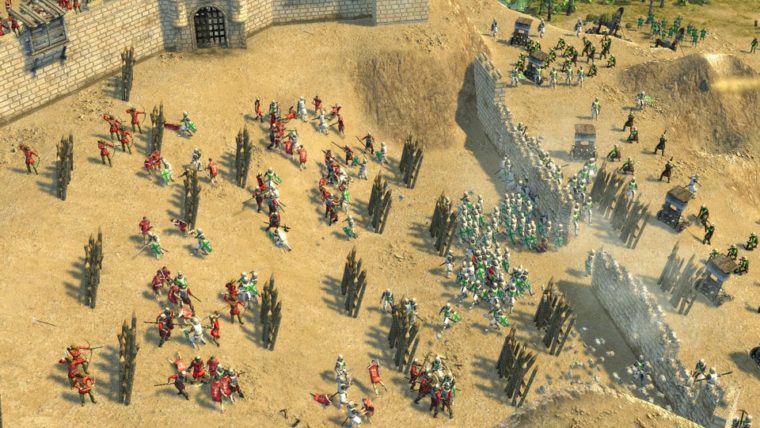 We recently reported the news of Stronghold Crusader 2’s unexpected delay and since we are sure quite a few of you are bummed out by the delay, we have decided to help you pass the time between now and the new release date by looking at some gameplay footage available on the internet and analyzing what we see.

First off, we should probably mention, if you are expecting and/or demanding a game that looks like someone managed to send a drone with an immensely powerful camera back in time to the middle ages and then ignored the laws of space and time to directly stream what the camera sees to your computer monitor then, well, you will be severely disappointed for a very long time (for a multitude of reasons). Otherwise, you’re in the right place (assuming you are interested in watching and reading about the gameplay of a city-building/RTS hybrid medieval game)!

The quality of the video isn’t ideal, but this is relatively recent gameplay footage (from Gamescom ’14). Some notable things are the freezes from time to time. It isn’t clear if it is a problem with the recording equipment (by the looks of it, a handycam) or the game itself, but it wouldn’t be the biggest surprise if Stronghold Crusader 2 was getting delayed in order to get it better optimized. Also, it’s a beta build, so you have to take what you see with a grain of salt.

That being said, we still get a look at a full game of 1 vs 1 between a player and an AI. It’s interesting that the AIs are programmed to play differently, depending on which character it is. For example, the AI in the above video had a thing for fire and generally being insane. How insane you ask? Rushing forth unto a large group of crusader swordsman all by himself and getting himself killed insane. The AI, in the video, has questionable intelligence and tactical acumen and it wouldn’t be surprising if Firefly Studios was working on making the AI better in their extra time.

Otherwise, the rest of the gameplay is pretty standard RTS fare with resource gathering, base building and unit production. One noticeable thing is the immediateness of all actions. Placing of buildings are instantaneous which require no workers to ‘build’ the structure (leading to much more fast paced gameplay) as seems the recruitment of units. The gameplay, at least for skirmishes, seems to be geared around being fast paced and competitive, perhaps trying to get a foothold into e-sports? With the narrator emphasizing various different game modes for single player and multiplayer such as co-op (where you and a friend both control the same castle), the campaign and versus, there is definitely going to be a lot of game to play. 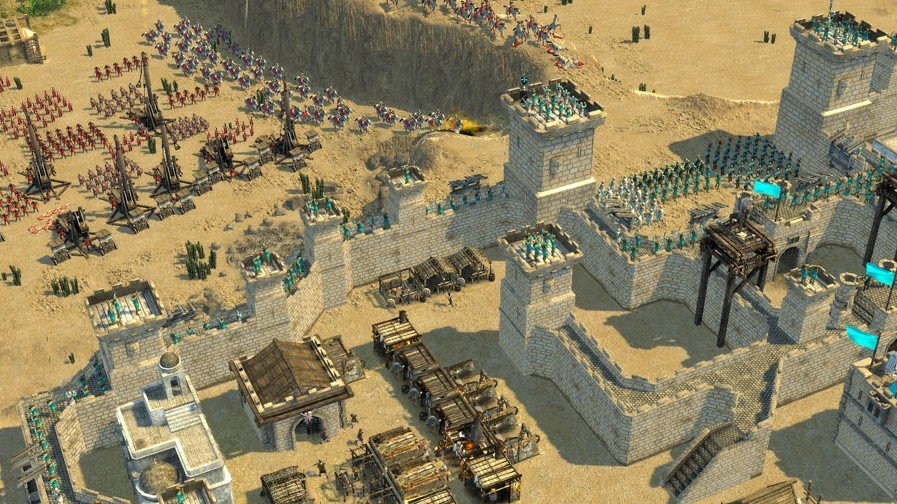 It’s also worthy of note that now all units have a hard counter and thus balancing the game and preventing overpowered units, which was something that existed in the original Stronghold Crusader. Resources also don’t appear to be limitless, at least in the skirmish mode, and it would be interesting to see how quickly resources deplete on a map. The video also showcased some new features Firefly Studios was bringing to Stronghold Crusader 2 like unit formations. It has yet to be seen if formations will play a tactical part to gameplay or act merely as an aesthetic thing. Another new feature is special abilities for practically all units and it will be interesting to see how balanced the gameplay ends up being (as well as how much micromanagement is involved in using the abilities).

What do you think about the gameplay elements of Stronghold Crusader 2? Let us know in the comments below!