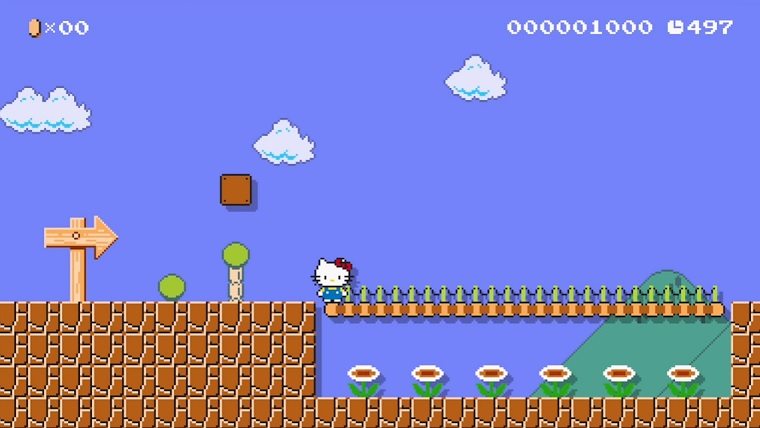 Super Mario Maker has gotten plenty of DLC since it launched last year, which has certainly offered quite a lot of variety in terms of the characters and the series they come from. While many have come straight from the Mario series, this latest one is coming way out of left field.

It has just been revealed that Super Mario Maker will be adding in a Hello Kitty costume to the game, which will makes its debut later this week. A new Japanese video was released showing off Hello Kitty and the accompanying My Melody costumes in action, which you can check out at the bottom of this post.

Earlier this year people were wondering why some of their created levels were being deleted by Nintendo, which Nintendo then officially revealed on their support page. The criteria for them deleting levels takes several factors into account, such as low stars/plays, bugs, requesting stars from other players and inappropriate content.

Super Mario Maker is available now exclusively for the Wii U. We loved the game when we reviewed it last year, which you can check out by clicking right here.