The latest news in the world of video games at Attack of the Fanboy
January 12th, 2017 by Kyle Hanson 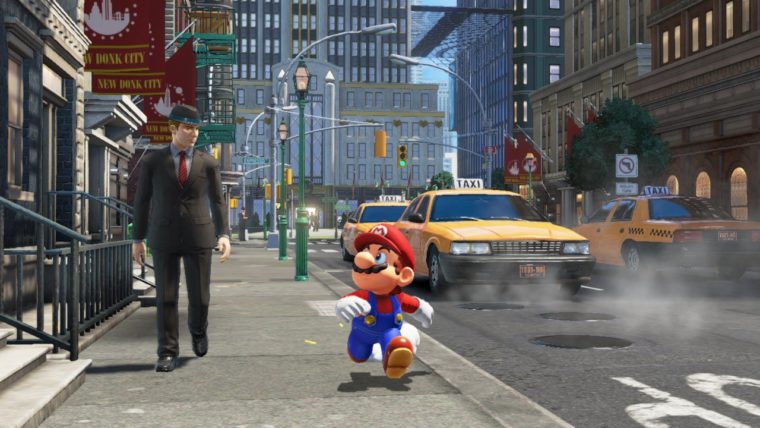 While we were all excited to get the specifics on the Nintendo Switch, we also got tons of info about big games. Possibly the biggest of these was Super Mario Odyssey, which returns Mario to the 3D open world style of game that has been missing since the Galaxy games on Wii. Super Mario Odyssey will not be a Nintendo Switch launch title, instead hitting this holiday season.

The game might be a return to form in many ways, such as the return to a more Mario 64 style of play, but it also boasts tons of improvements and changes. For one, it seems like Mario will be exploring the real world a bit, moving away from the Mushroom Kingdom that has become iconic over the last few decades.

The gameplay looks to be true Mario though, with all the running and jumping that you’ve come to expect from this long running series. It also looks better than ever, with some truly impressive graphical effects that take Mario to a whole new level.

But, of course, Nintendo can’t just put out a game that simply looks better anymore, it’s gotta have something unique about it. This time it seems like Mario’s hat has come alive, with eyes opening near the end of the trailer. How this will factor into the gameplay will likely be revealed sometime before Super Mario Odyssey’s holiday 2017 release date.