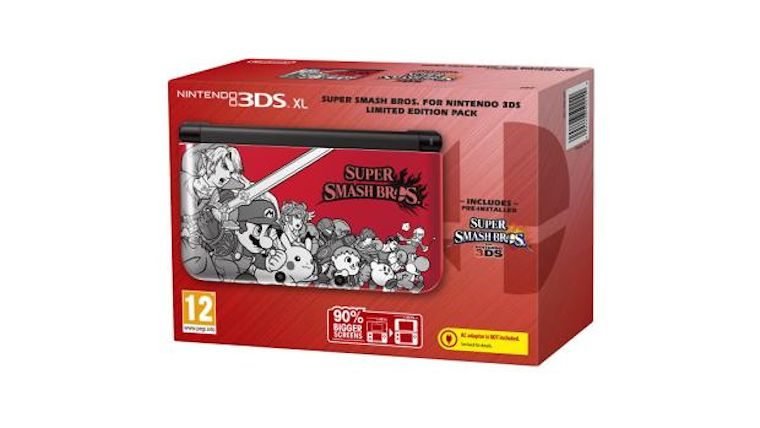 As announced previously, this new bundle will include the very neatly designed exclusive Nintendo 3DS XL, with characters from the game all over the top of the handheld, along with a pre-installed copy of Super Smash Bros. Nintendo UK has also released a link where you can pre-order the bundle through their official website, with one other little surprise.

If you pre-order this bundle from the site, or even just the game by itself, you will receive a special Super Smash Bros. t-shirt as well. This shirt ranges in size from medium to large for those looking to possibly order. If you are interested in checking them out, you can go to the site right here. Oddly enough, they have the handheld and game itself selling without the shirt, but for the same exact price, so make sure you order the correct item to get the shirt as well.