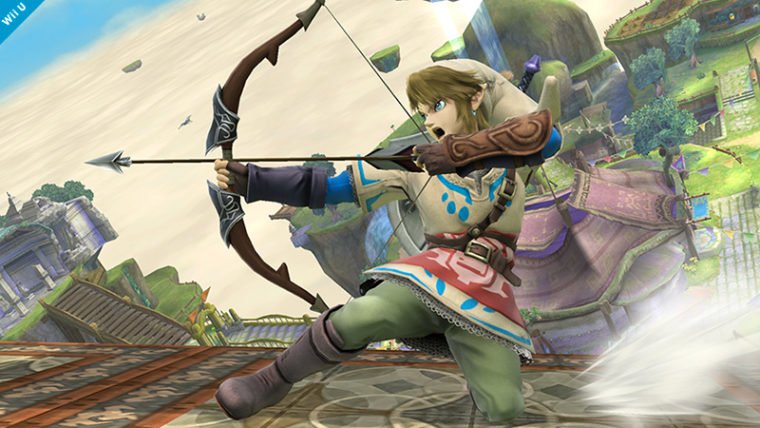 In past Super Smash Bros. games, most alternate costumes for characters have consisted of just simple pallette swaps, minus a select few like Princess Peach’s yellow Daisy-like costume. We’ve learned in more recent months that both Wii Fit Trainer and Villager were going to be getting full on alternate skins in the upcoming Super Smash Bros. for Wii U and Nintendo 3DS, including a Male Wii Fit Trainer and female Villager. As a result, many have been wondering if we may be seeing more, considering there is so much potential there in this game. If today’s update from Masahiro Sakurai is any indication, there might at least be some quality alternates in the bunch.

The particular new costume shown off in the Miiverse update is not quite what you would expect when you hear one based on Skyward Sword Link has been added to the game. Rather than a redesign of the look to be like Link from Skyward Sword outright, this one features a redesigned tunic based on his pre-tunic clothing in the game. 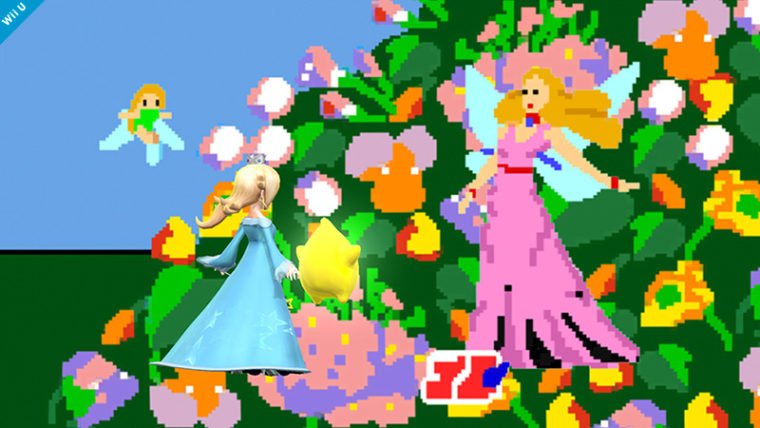 We also received a smaller update yesterday that gave us an image of a stage we saw briefly in the Pac-Man reveal video, which is based off of Pac-Land.  That image, which you can see on the right, received the following caption: