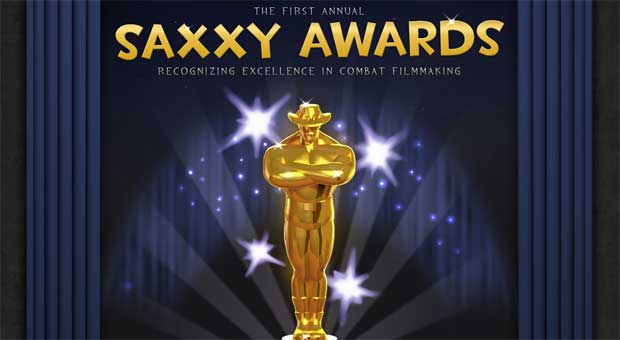 Valve has added a replay system for Team Fortress 2.  The new recording software will allow you to record videos on any server that allows the functionality.  After recording via Steam you can the upload the footage to YouTube if you so choose to show off your TF2 hijinks to the world.  The replay-enabled servers will allow you to capture, then make movies in the replay editor.  The editor is said to have different camera angles as well as motion-blur and anti-aliasing features.

To usher in the new feature, Valve is looking for the top 20 videos made by users and is hosting the first annual Saxxy Awards.

There are 20 categories where your video could win:

Twenty people will walk away with “the most prestigious virtual award in combat filmmaking: a foot high bust of an almost entirely naked Australian man.”