The latest news in the world of video games at Attack of the Fanboy
April 18th, 2016 by Dean James 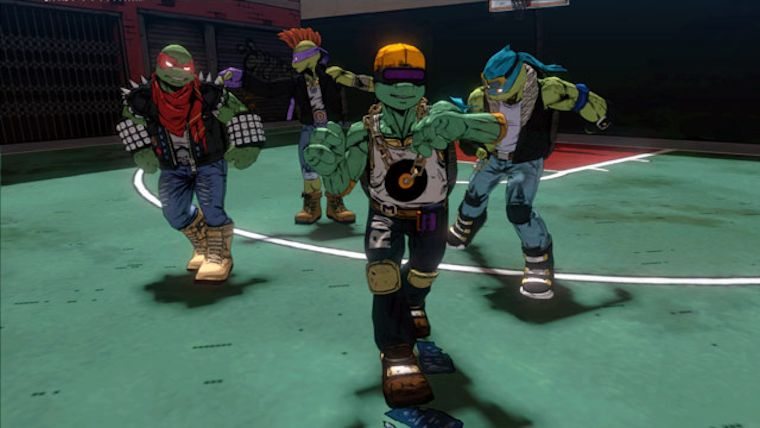 Teenage Mutant Ninja Turtles: Mutants In Manhattan was easily one of the worst kept secrets in gaming for awhile at the tail end of last year, but it was finally revealed a few months ago for a release in May. Pre-order bonuses continue to be just as prevalent in gaming so it’s no surprise to learn that Teenage Mutant Ninja Turtle: Mutants In Manhattan will be having exclusive content only at GameStop.

For those looking to pre-order Teenage Mutant Ninja Turtles: Mutants In Manhatten at GameStop, you will receive a special costume pack that is known as Rock ‘n’ Roll Pack.

The Rock’n’ Roll Pack provides you with four special costumes, one for each turtle, which appear to be modern interpretations of an old toy line for TMNT.

Similar to how Platinum really tried to target the classic ’80s audience with Transformers Devastation, it appears they may be trying to do the same here with special costumes like this. It will be interesting to see if any other retailers offer anything similar, or if they will offer other DLC costumes as well based off classic toy lines.

Teenage Mutant Ninja Turtles: Mutants In Manhattan will release on May 24 for Xbox One, PlayStation 4, Xbox 360, PlayStation 3, and PC.