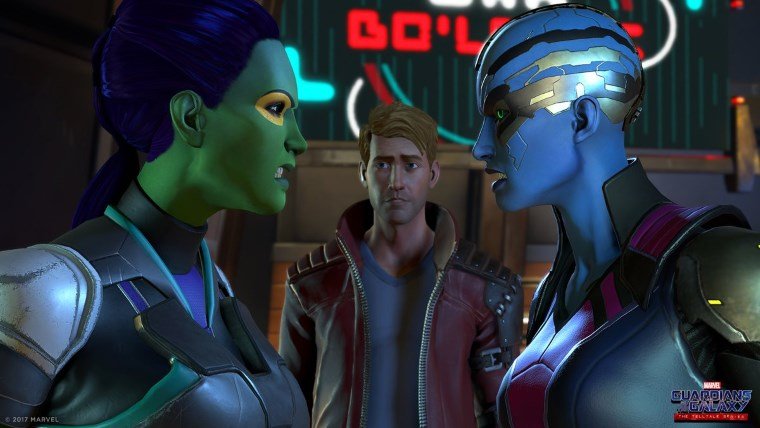 Telltale has revealed the release date for Guardians of the Galaxy – Episode 3. The latest episode in the series will arrive on August 22nd for PS4, Xbox One, PC, and mobile platforms. This new episodes seems to have a heavy focus on Gamora, along with her relationship with her sister Nebula.

Telltale’s Guardians of the Galaxy has been one of their better series so far, offering two enjoyable episodes set within Marvel’s hugely popular universe. Of course, this isn’t just a take on the comics and/or movies. It is instead a unique look at the characters and worlds of the franchise.

The two first episodes have had comedy, drama, and some really catchy music. Episode 1 seemed to focus mostly on Starlord and the entire group as they battled Thanos and a new enemy. Episode 2 gave players a great look at the origins of Rocket Raccoon. Now we’ll turn the focus to Gamora, with the added tension of her family drama surrounding her sister and father.

Telltale has been criticized by some players lately, many saying that they are stretching themselves thin and not offering new and unique games. Guardians of the Galaxy has stood against this criticism to a degree, so it will be interesting to see if the trend continues for Episode 3.