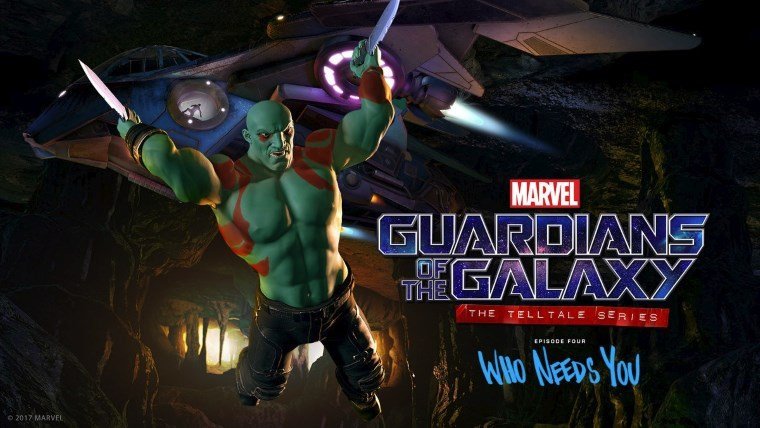 Guardians of the Galaxy is one of the hottest properties out there today thanks to the fantastic Marvel movies that have been released over the last couple of years. Telltale first released their take on the franchise back in April, with the second episode arriving in June and the third in August. Now we’re set to receive Guardians of the Galaxy: The Telltale Series – Epsiode 4 “Who Needs You”, with a release date set for October 10th.

Few details have been shared so far about the latest episode in this thoroughly enjoyable series. According to the released artwork it seems like we’ll be focusing on Drax’s character this time around. So far, each episode of the series has had a secondary focus on one of the Guardians of the Galaxy characters, offering background info via flashbacks and additional dialogue. We’ve gotten Star-Lord, Rocket, and Gamora so far, so Drax and Groot are the only ones left to explore.

Leaving Groot for the finale seems like a great idea, with that character becoming a fan favorite thanks to his appearances in the movies. Still, Episode 4 having an emphasis on Drax should make it very enjoyable. The sarcasm free character will likely make for a great adventure. A new trailer will be released tomorrow, so watch for that soon.