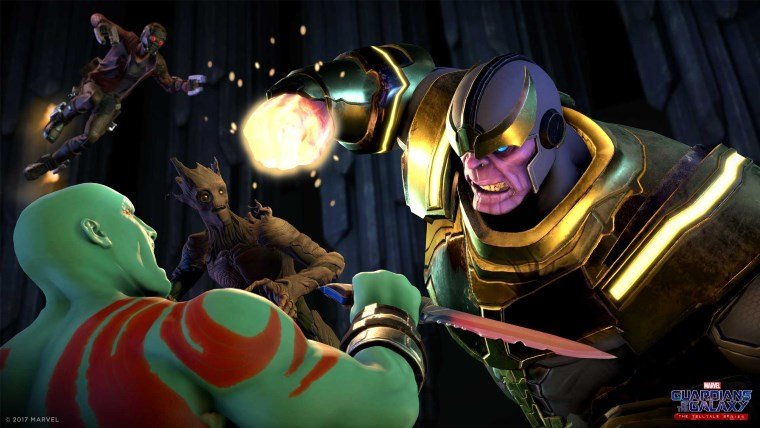 Guardians of the Galaxy: The Telltale Series finally has an official release date, with the premier episode set to arrive on April 18th for PS4, Xbox One, PC, and mobile. This will, as usual, be the first of five episodes for the series, which is based within the universe of Guardians of the Galaxy without being directly set in that of the movie or comic.

The premier episode will be titled “Tangled Up in Blue”, and will cost $4.99 by itself. As always, players can buy a season pass to gain access to all episodes as they release. Guardians of the Galaxy: The Telltale Series will also have a physical disc release on store shelves May 2nd. This will contain just the first episode, with more being downloadable as they hit.

So far all that we’ve seen from this upcoming series is teasers without much video of gameplay. Apparently that will end on Thursday with a full trailer being promised to arrive. This should arrive around noon Eastern Time, so check back for that when it hits.

Comments during the Telltale panel at PAX East seems to hint at players switching between their playable character in Guardians of the Galaxy. There are five episodes in the series, and five main characters, so it would make a lot of sense for each to focus on one character. This could be very interesting, and is a change for Telltale who has had different playable characters, but not segmented like this might be.

Telltale has continued to put out quality content, with The Walking Dead: A New Frontier just releasing a fantastic middle episode. There were some duds, such as Game of Thrones, but Tales from the Borderlands, Batman, and other recent series have been fantastic and promise good things from the developer going forward.