The Classes of Battlefield 3 Detailed 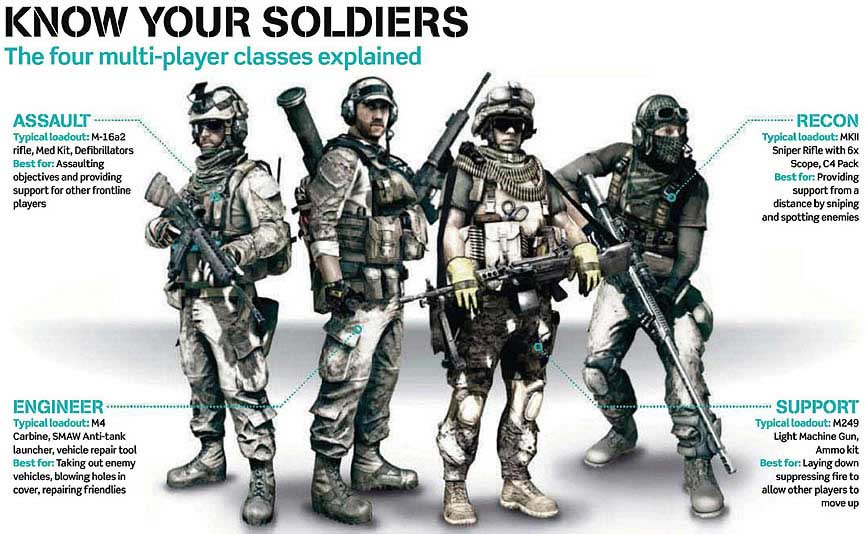 So you can’t wait to get your hands on Battlefield 3, I hear you, we can’t either.  I had the opportunity to play the game at E3 2011, but it was more of a tease than a proper demo.  As deep a multiplayer experience that Battlefield brings, its hard to take it all in within 15 minutes of gameplay.  The PlayStation 3 Magazine kindly provided this infographic about the four character classes of Battlefield 3 Multiplayer, their typical loadouts, and best abilities.

Battlefield 3 is set to release worldwide this October with a multiplayer beta scheduled for September.