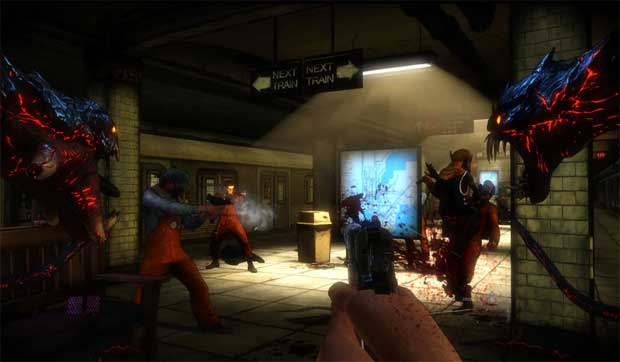 Jackie Estacado returns this Fall in The Darkness 2.  On October 4th, the sequel to the comic book adaptation will see a North American release followed shortly thereafter on the 7th internationally.  On the announcement, 2K Games has released a new trailer for The Darkness 2, which can be found below.

The Darkness II is a well of dark and imaginative violence that breaks from the traditional FPS conventions with its uniquely stylized gameplay. The fervid Quad-Wielding gameplay empowers players to slash, grab, and throw objects and enemies using ruthless Demon Arms, while simultaneously firing two weapons. Layered with intricate uses of dark versus light gameplay, the game engulfs players in a whole other level of sophisticated combat. Combined with a complex and twisted storyline, and stylistic violence that is visualized through a hand-painted graphic noir technique.

The Darkness II harkens back to its roots of the comic book origins for fans and newcomers alike.