The latest news in the world of video games at Attack of the Fanboy
March 17th, 2015 by Kyle Hanson 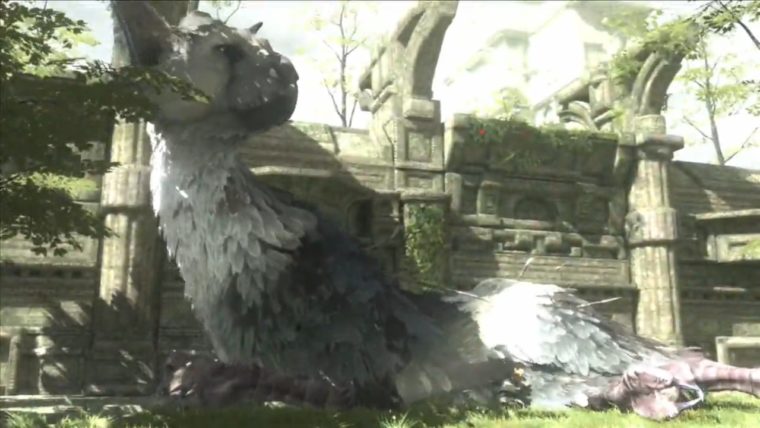 The story behind the development of Team Ico’s The Last Guardian will almost certainly end up being more interesting than the game’s actual plotline. Last month seemed to put the final nail in the long in development game’s coffin, with the abandonment of the official trademark for the title. However, Sony was quick to rebut the claims, saying that it was still being worked on for a future release. Those claims just got a whole lot more believable as Sony has, once again, filed for a trademark on the name “The Last Guardian”.

This is now the third application they have made for the game. The first came before the official unveiling back in 2009. A second was made after the initial trademark expired. That second one is actually still active, as Sony corrected their mistake and filed an extension. They still have the option of extending that trademark again, but this new filing seems to be a protective measure for some unknown concern. As the original NeoGaf thread points out, the descriptions are somewhat different, adding in language about downloading the game, so perhaps that was the intent.

The Last Guardian has now been in development for about eight years, with six of those coming after its unveiling at E3 2009. Very little has been shared about the game since then, which has caused a large amount of concern from fans. Shake ups at Sony and within Team Ico, along with the death of The Last Guardian’s originally intended console seem to indicate that major changes have to have been made to the title. However, Sony has remained quiet on the topic, other than to assure fans that the game is coming at some point.

The Last Guardian has almost become legendary at this point due to all of these issues. It even made our list of the Top 5 Vaporware Games of All Time. Let’s hope we have to issue an update on that when the game finally launches.