The Legend of Zelda: Skyward Sword Themed Joy-Cons Will Be Coming Alongside HD Remaster

Celebrating the 35th anniversary of Zelda. 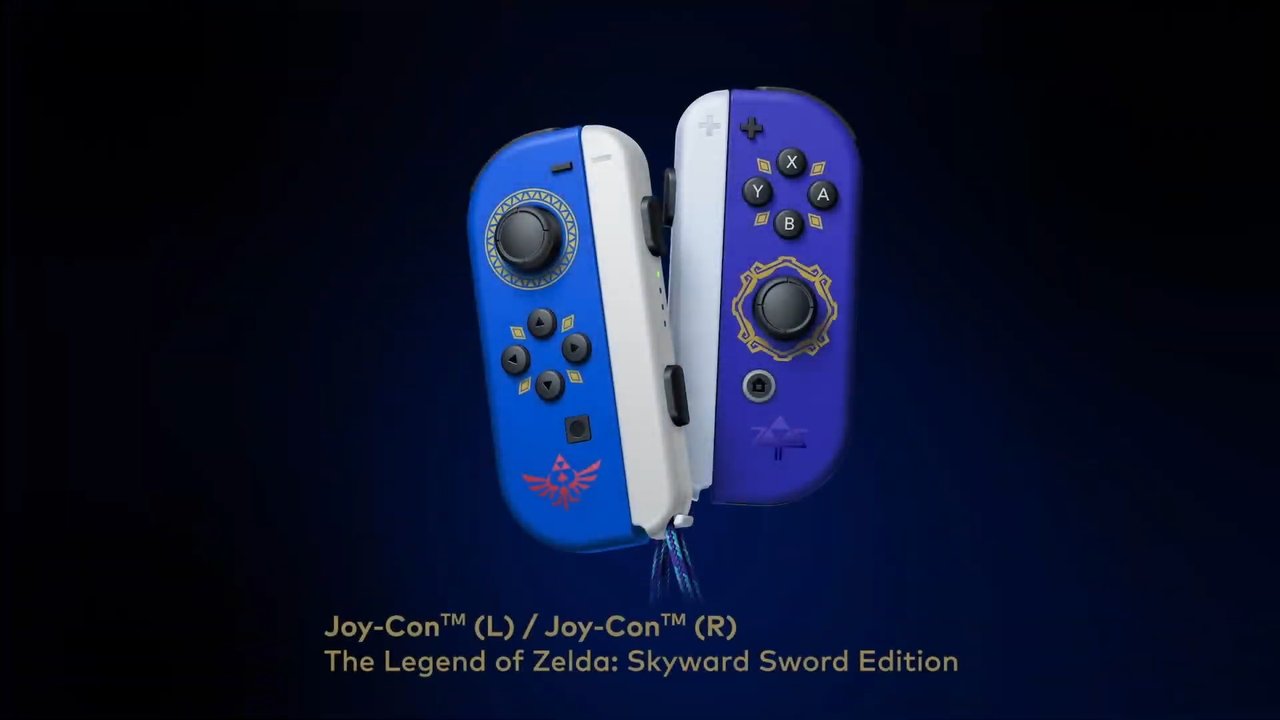 Some The Legend of Zelda fans has some very high expectations for the Nintendo Direct yesterday due to the 35th anniversary of the series coming up this weekend, with discussions of collections and more. It’s hard to be disappointed though, since we did get the announcement of The Legend of Zelda: Skyward Sword HD that so many people were hoping to see announced. While we will undoubtedly be getting plenty more Legend of Zelda stuff later this year, Nintendo also announced a special edition Joy-Con that will be coming out alongside the remaster.

Not only will we be getting The Legend of Zelda: Skyward Sword HD on July 16, but we will also be getting a special bundle of Joy-Cons themed after the game as well on the same day. As seen in the image at the top of the article, these Joy-Cons are absolutely gorgeous and are a must own for The Legend of Zelda fans.

It does not appear there is any sort of bundle to get these along with the game, but they were already made available for pre-order on retailer websites like GameStop and Best Buy before selling out. Considering these will probably be a hot commodity, I would get my preorders on these sooner rather than later if they pop up again soon.