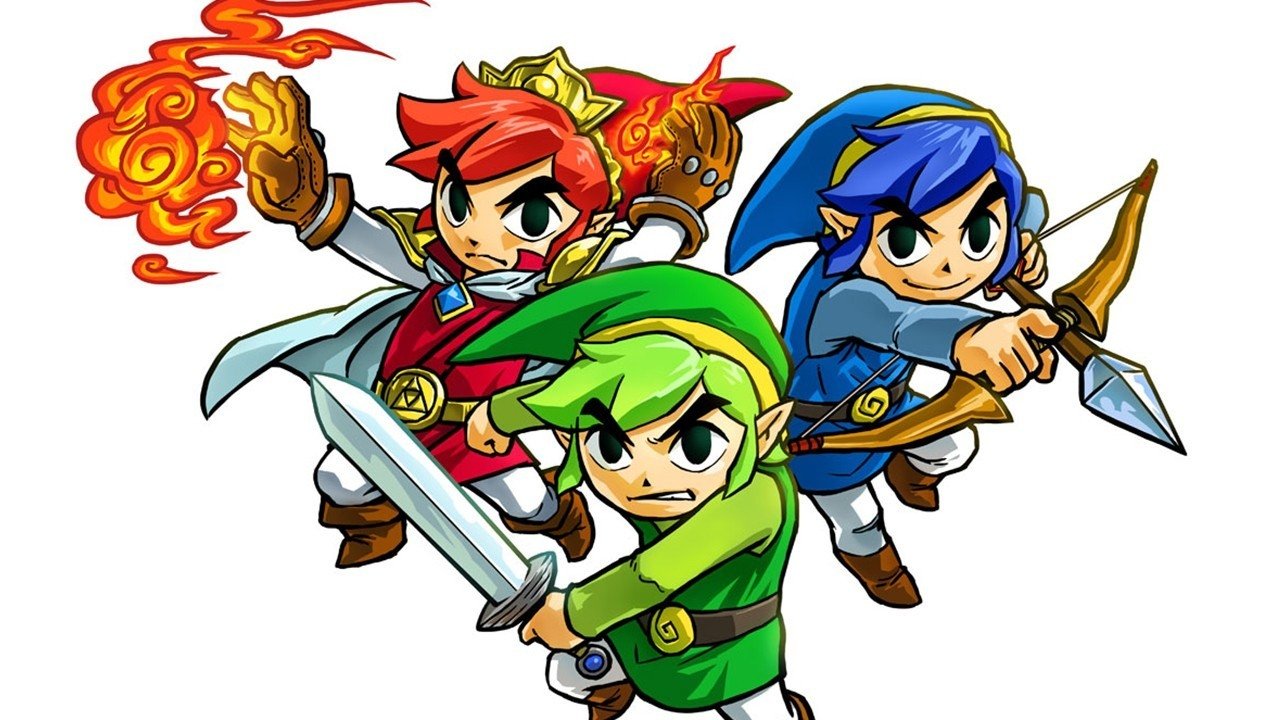 Sitting down at E3 with The Legend of Zelda: Triforce Heroes director, Hiromasa Shikata, an IGN representative quizzed him on why there weren’t any female characters available for the title, which is marketed heavily for its co-operative play. Looking at the assets released for the game so far, this seemed like a bit of an odd question: all three heroes look like palette swaps of Link, just like the Four Swords games, and Link is a male character, right? Seems straightforward enough.

Shikata’s response indicates otherwise, and takes a turn for the head-scratching.

I’m going to tell you a little bit about the story quickly and we’ll circle around, here. There’s this kingdom, an event happens, and the king needs heroes. So, he puts out a call for heroes to gather and one of those is this guy Link. He sees this audition, basically, ‘Heroes needed; apply here.’ And, that’s the start of his adventure.

The story calls for this sort of legend/prophecy where heroes will come together to help solve a problem. And in that, they are male characters. So, because the game is set with that as the story background, you cannot choose a gender; you are a male character.

From the information given there, only one of these heroes is actually Link. The obvious question then becomes: who exactly are those red and blue characters supposed to be? Characters designed specifically for Triforce Heroes — and if so, is it essential that there are only two with no options for female characters? Why does a fictional prophecy that can be changed at any time during development have so much clout? Are they still Link, but split into three editions color-coded after the Three Goddesses, and was Shikata’s response just plain clumsy?

NeoGAF responded by declaring that Link is now a girl to them, which… okay. Fine, I guess. The essential components that make up Link aren’t really gender-specific anyway: pointy ears, a green tunic, a princess to save. Shikata at least agrees on this point in part, adding later on in the short interview that Link ‘isn’t the most masculine of guys’.

No kidding. Hopefully we’ll hear some clarification before another Nintendo representative turns to Ubisoft for inspiration.