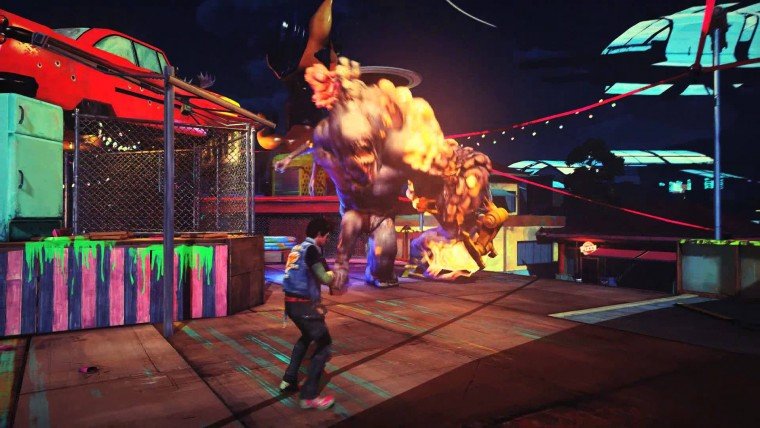 Insomniac Games took a shot at Ubisoft by releasing a new video for Sunset Overdrive stressing the fact you can create your own character in the game.

Ubisoft took a big hit from the gaming community last week when it stated female assassins or characters weren’t playable in Assassin’s Creed Unity’s co-op mode. Shown at E3, the co-op mode only allowed you to play as all male characters. This caused a stir for gamers that wanted more female representation in games.

Ubisoft took an even bigger hit when replying to the lack of playable female characters. Ubisoft mentioned the development time would double if female characters were added. Some other developers disagreed and said adding females wouldn’t be that time consuming.

Sunset Overdrive releases exclusively for the Xbox One on October 28th.