The Living Ship Creeps Into No Man’s Sky

Do you pilot the ship, or does the ship pilot you? 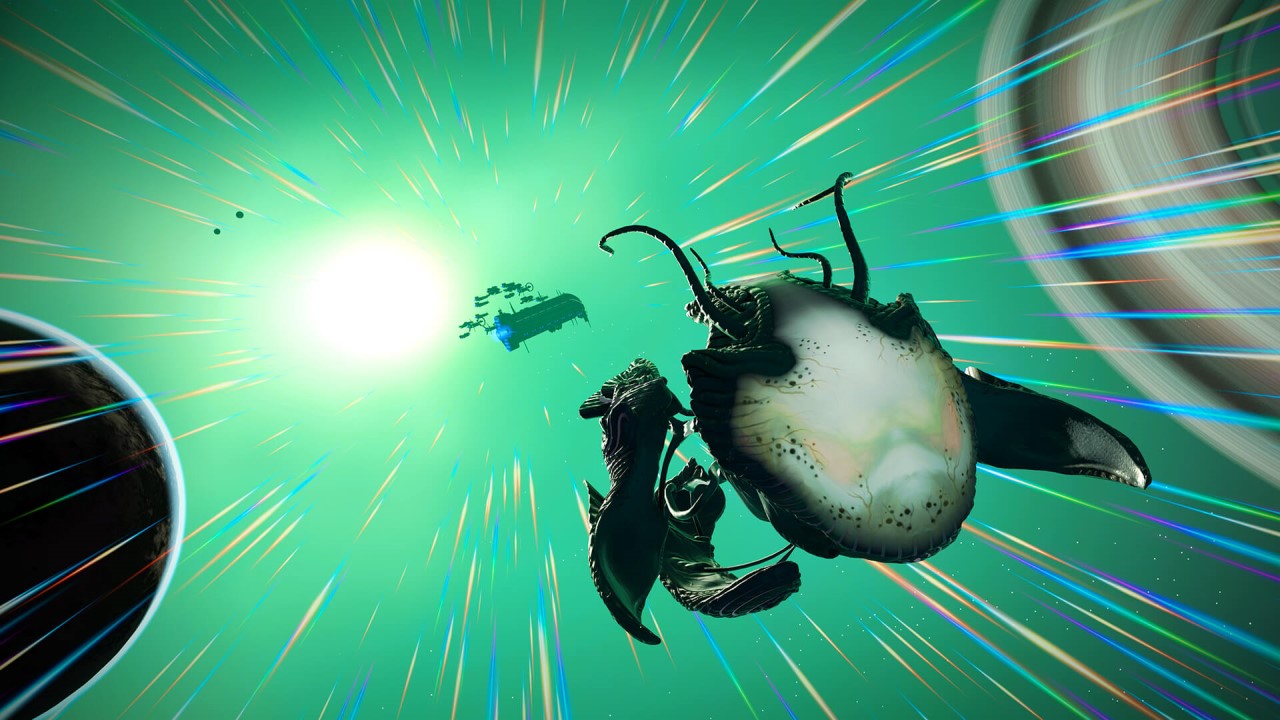 The galaxy of No Man’s Sky continues to evolve, and today Hello Games announced a surprise update that brings greater variety to the void: the Living Ship. The update will bring more than the titular starship to the game, including dynamic space events and even space NPCS, later this week.

The focus of this patch has been to improve the experience in space, often regarded as one of the least dynamic and exciting segments of No Man’s Sky. Living Ship offers a few new twists that will throw players for a space-loop, but none as dramatic as piloting their own sentient biological ship. Each one is procedurally-generated, and the cockpits are a mess of tentacles and veins; imagine if Cthulhu made love to the Enterprise and this were the unfortunate offspring. Players can grow their own after starting the Starbirth quest on the Space Anomaly, which will detail how the Korvax invented these biological monstrosities.

In addition to the rare new flesh-ship, Hello Games have added space encounters to No Man’s Sky, finally filling the empty expanse with more to do than collect fuel. These can feature new lifeforms, mysterious space objects, and players that choose to investigate these are promised rewards (or a high threat enemy encounter). Additionally, NPCs can be found in space that will hail you on your ship communicator, and they are just as likely to offer up a rare item for trade as they are to blow the cockpit clean off your starship.

There are a few other small things included in Update 2.3 for No Man’s Sky, including improved performance and the usual batch of quality-of-life tweaks, so if you’d like to know more the patch notes can be found on No Man’s Sky’s update page.