The Sage Will Be the New Healer Job in Final Fantasy XIV: Endwalker

The healer drought is finally coming to an end. 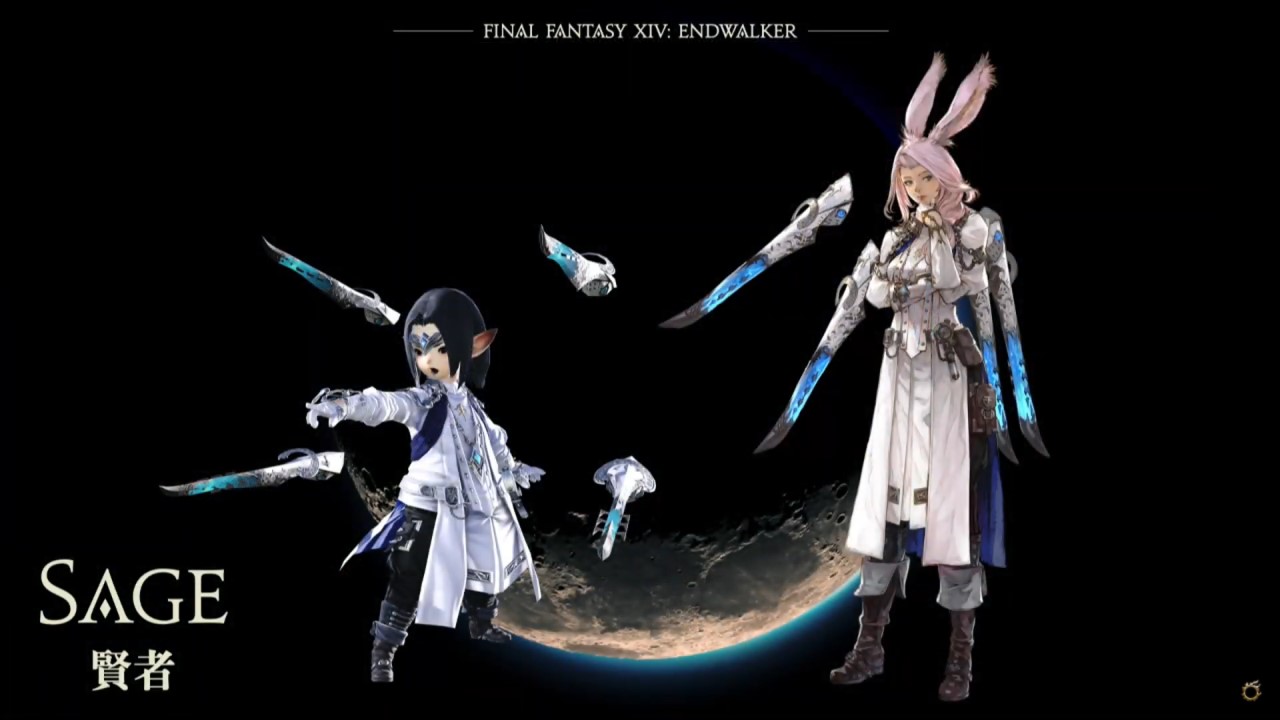 During the Final Fantasy XIV Announcement for the next expansion, Endwalker, Yoshi-P and Koji Fox revealed the first of the two new jobs coming to Final Fantasy XIV – The Sage. Finally addressing the dearth of healers in the MMO, the Sage will bring the role up to four available jobs. The Sage will have more in common with the Scholar than the White Mage or Astrologian, so fans of barrier-style healing may have found themselves a new main job.

The Sage is a barrier-style healer coming in Final Fantasy XIV: Endwalker.

The Sage will be a dedicated healer, and the fourth in the game. Their weapons are officially called Nouliths, a sort of ether-charged “vial” that slings magic. There isn’t a required class, and the starting level for the Sage will be 70, so you’ll have to level through Final Fantasy XIV: Shadowbringers before jumping into Endwalker. The team designed the Sage as a barrier-type healer, using powerful shields to prevent damage. They essentially channel aether to temporarily alter their spells, lending them a little more flexibility than their peers.

In short, they are more of a preventative healer than a reactive healer. Since the Sage fills a similar healing niche as the Scholar, Astrologian will be made into a more “pure” healer to match the White Mage, receiving a rework in Endwalker. Raid Finder will be updated to allow players to distinguish between Pure healers and Barrier healers once Final Fantasy XIV: Endwalker goes live.  You will need at least one battle class at level 70 and must own Final Fantasy XIV: Endwalker to unlock access to the Sage job. The Sage job will be unlocked in Limsa Lominsa.

Home / Game News / The Sage Will Be the New Healer Job in Final Fantasy XIV: Endwalker