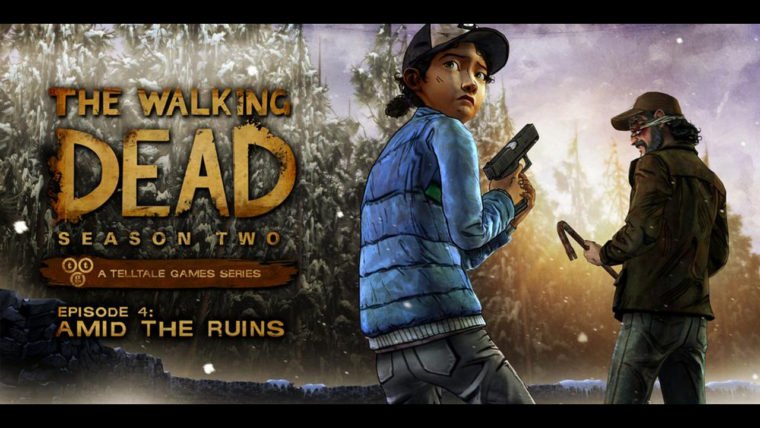 UPDATE: The trailer and release date schedule is available here.

Telltale Games has tweeted that the new trailer for The Walking Dead Season 2: Episode 4 will be released tomorrow. The episode, titled Amid the Ruins should then release about a week later if normal Telltale patterns are followed.

The Walking Dead S2 Ep 4 ‘Amid the Ruins’ is nearly here! Check back tomorrow for the full trailer!

This will be the penultimate episode of the season, leaving only The Walking Dead Season 2: Episode 5 which is titled No Going Back. So far each episode has been spaced out by two months, so No Going Back should arrive in September to close out the season. After that Telltale will begin releasing their new game Tales from the Borderlands and possibly their Game of Thrones title as well.

The Walking Dead games are based on the comic series of the same name. Although a few characters had cameos and crossed paths during the first season, the game is more of a side story, containing wholly new characters. The game offers players multiple choices that end up shaping events throughout the story. Entire characters can live or die based on the player’s choice, and those choices continue affecting things in future episodes.

The story of the first season focused on Lee Everett as he formed a group of survivors fighting against the zombie hoard. The second season passed the player role to Clementine, who had been a part of Lee’s group and learned how to survive from him.

A third season for the extremely popular point-and-click adventure series is very likely, although no mention has been made at this point. We’ve been able to see Clementine grow quite a bit in the series, so having another time skip could make for a fascinating third season.

The Walking Dead Season 2 premiered in December of 2013 for Xbox 360, PS3, iOS, PC, and Mac. A Playstation Vita version began releasing episodes later. Individual episodes can be purchased separately or as part of the Season Pass, which give you all five episodes at once. If you prefer to wait for the final game to be complete you will probably be able to get a physical release much like the one recently announced for The Wolf Among Us.