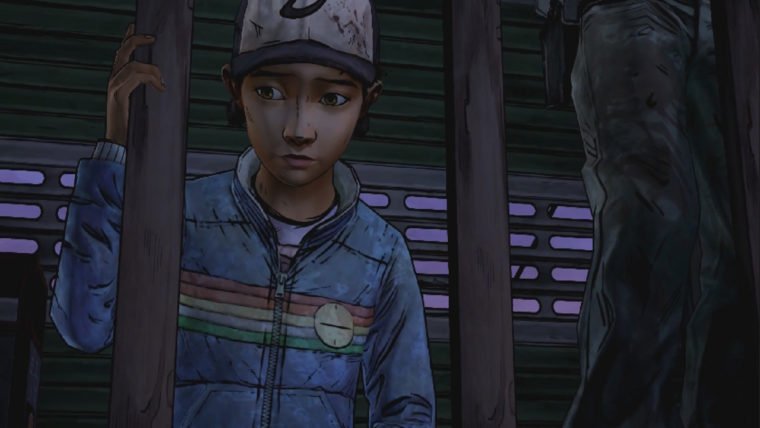 As promised yesterday, the penultimate episode of The Walking Dead Season 2 finally has its first trailer and an official release date. The Walking Dead Season 2: Episode 4 – Amid the Ruins will arrive on July 22nd for PS3, PS Vita, PC and Mac, July 23rd for Xbox 360, and July 24th for iOS. European Playstation owners will have to wait an extra day for the release.

The official description for this episode reads: “Free of their brutal captor, the group resumes their journey north. But hunger, violence and death have taken their toll. Simmering conflicts and inevitable changes within the group remind Clementine that danger can come from within, as well as without; she must choose her allies carefully in this penultimate episode of The Walking Dead Season 2.”

This episode picks up right after the explosive events of The Walking Dead Season 2: Episode 3 – In Harm’s Way. The group seems more damaged and scattered than ever before, it’ll be interesting to see what choices Clementine has to make going forward.

The final episode for this season The Walking Dead Season 2: Episode 5 – No Going Back should arrive some time in September, assuming that Telltale doesn’t change up their usual schedule. After that Tales from the Borderlands will begin releasing, along with possibly Game of Thrones. No official announcement has been made on whether The Wolf Among Us will continue with a second season.

A third season for The Walking Dead should be an obvious next step for Telltale. The series has garnered amazing reviews and sales. Much like the comic and the show, the world of The Walking Dead offers almost endless story possibilities. The only real question is, how will Clementine factor into any future games. A time skip allowed her to gain a ton of zombie killing abilities between season 1 and 2, so jumping forward a few more years could make for a great new look at this character.