This is What Alan Wake 2 Would Have Looked Like 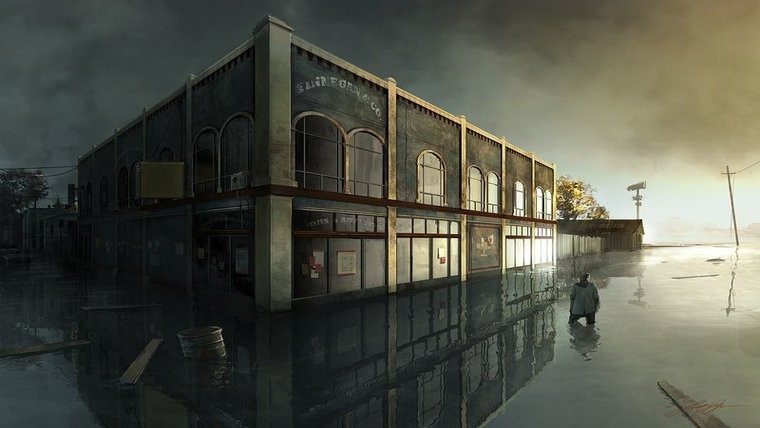 Do you remember Alan Wake, Remedy’s outstanding Microsoft exclusive in 2010? I sure do, and it looks like the team behind the game is still very much taken with Wake’s journey, as revealed in an interview with Polygon. In fact, Remedy has made it known that a sequel to Alan Wake was in the works five years ago and even supplied a thirteen-minute prototype video, which can be viewed on Polygon’s site via the provided link above. Sadly, the project never came to fruition despite its predecessor’s financial success.

Remedy creative director Sam Lake stated that, “For Alan Wake, from the get-go, we assumed there was going to be a sequel…” Planning for the follow-up went into full gear toward the end of the first game’s development and Remedy worked hard putting together their vision — this included plenty of exciting ideas, such as a rewriting reality mechanic — to present to various publishers, since their Microsoft-exclusive deal did not extend past the initial entry. Unsurprisingly, that video made its way back to Microsoft for a pitch, but the company wanted to diversify their portfolio with a title unlike their current offerings. This interaction and exchange led to the game that Remedy is now 100% focused on carefully crafting for Xbox One exclusively. As Lake put it, “Quite quickly our discussion about Alan Wake 2 turned into something else and that something else turned into Quantum Break.”

While Quantum Break currently has the team’s full attention, Alan Wake 2 is not forever lost; it’s simply on the back burner, it seems. The creative director made no attempt to hide his love for and desire to return to the series. “We are in a place where we are starting to look into the future and starting to have discussions about what is next,” he said. “Among other things, we are discussing the possibility of an Alan Wake sequel with multiple partners, but nothing has been decided.”

So, the prototype video (that you’ve hopefully viewed by now) may some day manifest itself in a full sequel release. All we were left with was the ominous and hope-raising statement: “Only time will tell.”