The latest news in the world of video games at Attack of the Fanboy
May 1st, 2011 by William Schwartz 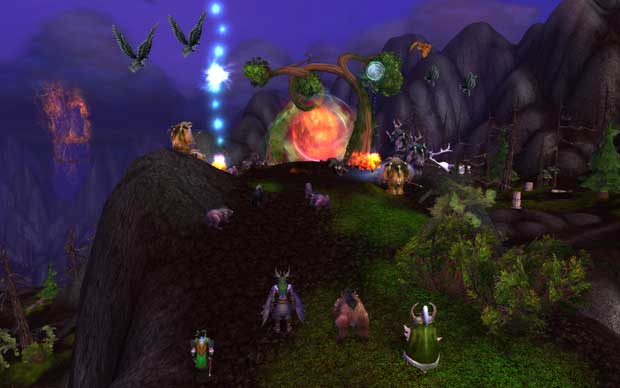 Patch 4.2 will soon be upon us, and it will have adventurers in World of Warcraft braving the heat of the Firelands.  As was showcased in a recent trailer for the upcoming patch, the firelands will be the focus of Patch 4.2.  As usual you’ll get the opportunity to hunt down new treasures in the upcoming patch for WoW.  Blizzard has just recently revealed the Tier 12 Armor Sets for the Paladin, Mage, Rogue, Hunter, Death Knight, and Priest classes.

In patch 4.2, stalwart adventurers will have the opportunity to test their mettle at two new daily quest areas located in the fertile hillsides of Mount Hyjal and the burning depths of the Firelands. Known as the Regrowthand Molten Front, these areas will offer an unprecedented amount of daily solo content for level-85 players to enjoy — including over 60 new quests, four “unlockable” iLevel 365 gear vendors, and a world that evolves right before your eyes.

It’s unclear when exactly 4.2 will arrive, expect more details in the coming weeks.