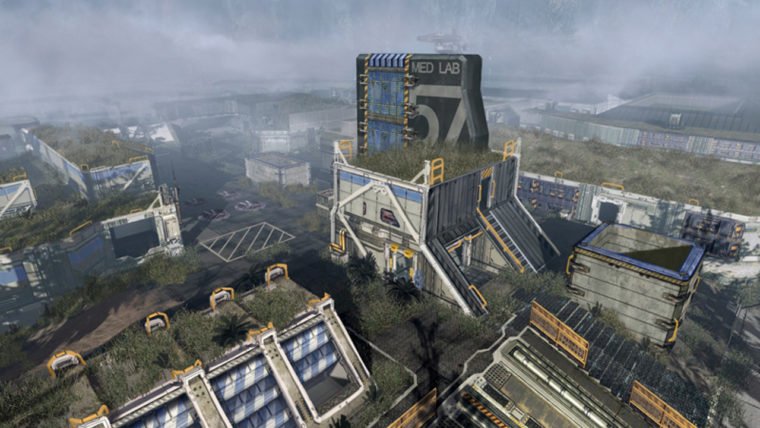 Titanfall’s third and final expansion pack IMC Rising is moving closer to release, and we keep getting new information about the three maps contained in it. Last week we saw Backwater, an old bootlegging colony that will features lots of varying level geometry. Today we get to check out Zone 18, which features greater ties to the underlying conflict at the heart of Titanfall.

Zone 18 is a fast paced environment with two main sections divided by a central supply path.

“Inside an old IMC base hidden in the vast wilderness of the Dakota system, advanced IMC robotics research continues, despite the destruction of Hammond Robotics’ corporate headquarters on the Frontier,” says Geoff Smith the designer behind Zone 18. “Until recently, the Militia knew the region only as the decommissioned “Zone 18″, the way it was labeled on stolen IMC maps provided by Barker. Now, picking up mysterious sensor readings from the area, the Militia deploys recon teams to investigate.”

Titanfall: IMC Rising’s Zone 18 will provide another fast-paced map for Pilots to fight in. There are two main sections, with a central “supply path” dividing them up. There are a few rooftops, but they are much more sparse than previous Titanfall maps. This will make it so perching on the highest rooftop and sniping opponents is less effective, something which should please many fans. To get around Pilots will have to use the interior passages or risk being taken out by enemy Titans.

Like Backwater, Zone 18 draws from initial concepts for Titanfall that were later scrapped. “Zone 18 started off as a map that we used to test an early version of Last Titan Standing. It was a basic mirrored layout that was almost a paintball field for Titans. For IMC Rising, I returned to the layout to see if I could get it to work with all of our new game modes.”

Zone 18’s core concept was to force players to interact more. Due to the parkour mechanics most Titanfall maps allow players to end up far away fro each other, but Zone 18 will change that. “To go further with this idea of pushing players to meet up more, I wanted to add underground hallways that would create choke points…To make things as simple as possible I laid out the three hardpoints in a line and connected them with underground hallways. That way you could run from one hardpoint to another, avoiding Titans and hopefully run into some other players.”

You can check out the more screenshots, a top-down view of the map, and early concepts above. No release date has been set for Titanfall: IMC Rising, but with the news hitting once a week it seems like it should be out by the end of the month.