Titanfall Update Adds a Market for Burn Cards and Insignia 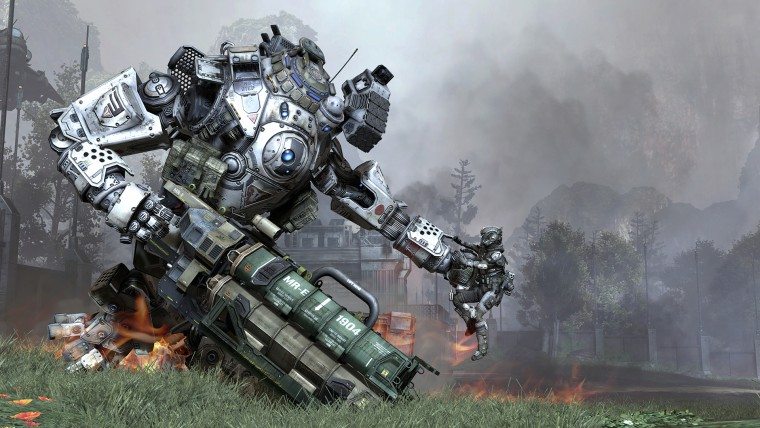 Despite its possibly dwindling community Titanfall continues to improve itself with big updates full of great new game features. Arriving on July 31st Titanfall Update 5, adds in a marketplace where players can purchase packs of Burn Cards and Insignia using in-game currency. Does that mean that Titanfall has added in micro-transactions? Nope.

NO MICRO-TRANSACTIONS! The only way to get Credits is by playing the game!

“With the introduction of an in-game currency, some may worry that the next step is that we will let players spend real-world money to get an edge in the game,” said Titanfall designer David Shaver speaking with PC Gamer. “We have stated several times that Titanfall will not have micro-transactions. Fear not, for we plan to keep that promise – NO MICRO-TRANSACTIONS! The only way to get Credits is by playing the game!” 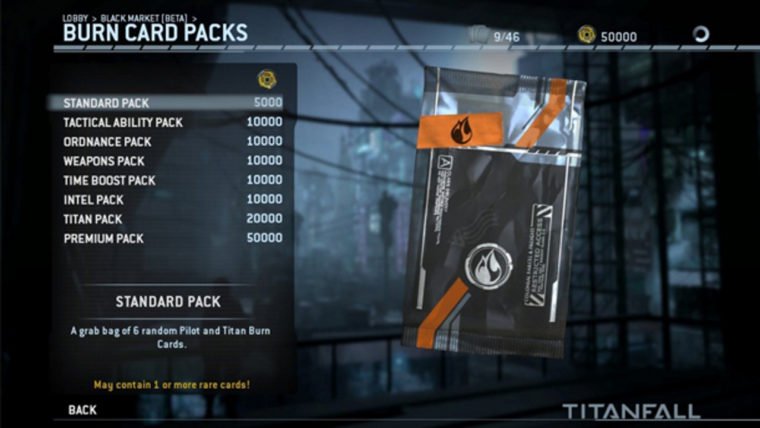 The way you will earn these new in-game credits is by finishing matches, discarding or selling Burn Cards, and completing new daily challenges that will also be added as part of Titanfall Update 5. Real world money never factors into the equation at all, this is simply meant to boost the quality of the experience already offered by Titanfall. Once you have enough in-game credits you can head over to the marketplace and buy whatever Insignia that you want, but Burn Cards will come in themed packs, as seen above.

The marketplace will unlock when players reach level 11, which should happen fast for most long-time players still working their way through their regenerations. It seems like a fun mechanic that could bring some players back who might have left after the initial fervor died down. Titanfall developer Respawn Entertainment has done an admirable job in adding in new features and gameplay, all for free aside from the additional maps.

One of those packs, Titanfall: Expedition, is already available and you can see what we thought of it here. Another pack, titled Titanfall: Frontier’s Edge, is set to release on July 31st. Details about that can be seen here.