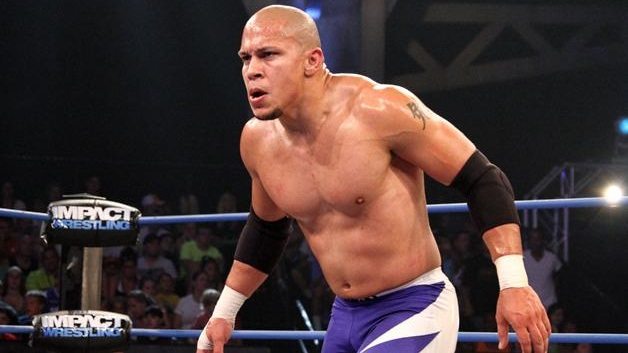 Current TNA wrestler, Low Ki, is doing some mo-cap work for 2K Games for use in the upcoming WWE 2K16 video game.

Low Ki’s official instagram page posted a photo of him wearing a mo-cap suit. You can tell he’s doing work for WWE 2K16 simply because there’s the huge “2K” logo on the photo.

Low Ki said the following: “Meanwhile, on the other side of the start button..”

Low Ki is currently wrestling in TNA. He was briefly a wrestler in WWE where he wrestled under the name of Kaval. He got sick of the “entertainment” side of WWE and quit the company shortly after.

2K Games usually has to bring in independent wrestlers to do mo-cap work for their video games. It looks like they are sticking to this formula for WWE 2K16.

At least it’s good to know that work is already underway for WWE 2K16.