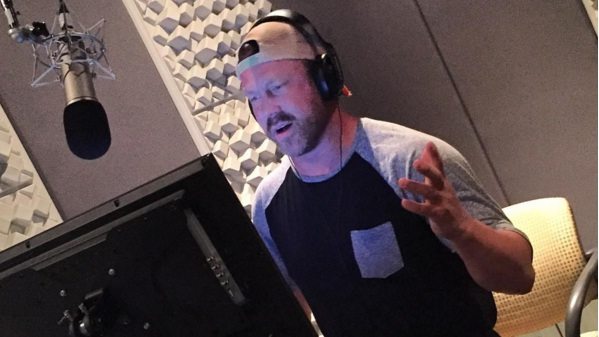 A TNA wrestler posted on his Instagram page that he’s currently voicing a video game starring a secret squirrel.

Ken Anderson (WWE fans will remember him as Mr Kennedy) posted on Instagram: “Voiceover work for a top super secret squirrel video game project. Much fun! Thanks to my friend Steven Jaros for hooking it up!”

Many people’s ears propped up hoping it would be the return of Conker. Fans have wanted a Conker game for years, yet a sequel to the N64 classic has never been made. It’s just been re-released over the years.

However, it doesn’t sound like a Conker game because Mr Anderson posted he did the voice work at “Warner Brothers Studios Back Lot“. If it were Conker, it would have been at Rare or Microsoft Studios.

It’s possible it could be based on the old cartoon character Secret Squirrel. Some people may remember that character. I used to watch it as a kid and it was fun. A video game starring the character could be very entertaining.

Whatever it is, we might hear more from it later this year. Hopefully it’s a console or PC game and not just something that will be released on mobile devices only.