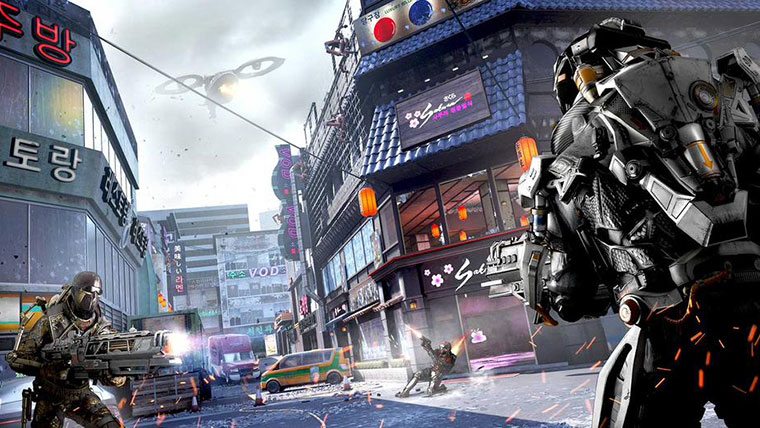 If you play Call of Duty on the PlayStation consoles, today is the last time you’ll be getting access to downloadable content a month later than Xbox players.  Advanced Warfare’s Reckoning DLC is now available on the PlayStation Network and is the fourth and final DLC for the game.

Four new maps, including:  Overload, Quarantine, Fracture, and Swarm — as well as the conclusion to Exo Zombies and a new Exo Grapple Multiplayer playlist are the contents of the DLC.

This release marks the end of the Xbox timed exclusivity for Call of Duty DLC.  Going forward, Sony and Activision have teamed up to bring the same sort of timed-exclusivity to the PlayStation with Black Ops 3.  There hasn’t been any discussion in regards to how long this partnership will bring Call of Duty DLC to PlayStation owners early.

Treyarch has yet to reveal any of their downloadable content plans for Call of Duty: Black Ops 3, but they did recently reveal the Nuketown bonus map for those who pre-order the game.

The Reckoning DLC is available now on PlayStation Network.  Call of Duty: Black Ops 3 is slated for early-November.