Tower Of Guns Out Today On Xbox One

The latest news in the world of video games at Attack of the Fanboy
April 10th, 2015 by William Schwartz 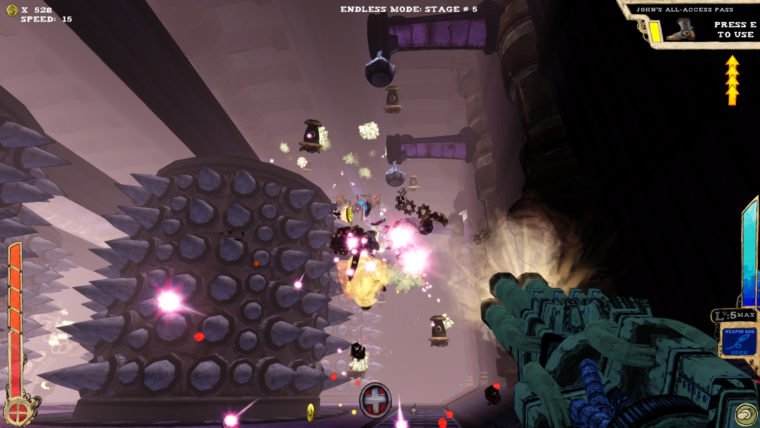 Terrible Posture has today released their hit indie title, Tower Of Guns, on Xbox One via the official [email protected] self-publishing program.

Described by the developer as “a relentless celebration of everything you love about old-school first-person shooters” the game has numerous features to please FPS fans and offer plenty of variety. Using a varied arsenal players must ascend the tower, by completing generated levels. Each level is randomly generated from a range of elements; resulting in unique playthrough experiences. Before finishing areas players must then defeat bosses to advance up the tower.

The game was originally released back in March last year and is now available on PC, Linux, OS X, PlayStation 3, PlayStation 4 and Xbox One. Joe Mirabello, the founder of Terrible Posture Games, revealed why he took the decision to start developing Tower of Guns on his own commenting: “After working on a game with hundreds of people made for thousands of people [Kingdoms of Amalur MMO], I wanted to work on a single-player game made by just one person.”

Tower of Guns is available on Xbox One from today, April 10th, for $14.99/€14.99. Below is a gameplay trailer released by Terrible Posture to give gamers a glimpse of what to expect from the explosive title.

Home / Game News / Tower Of Guns Out Today On Xbox One