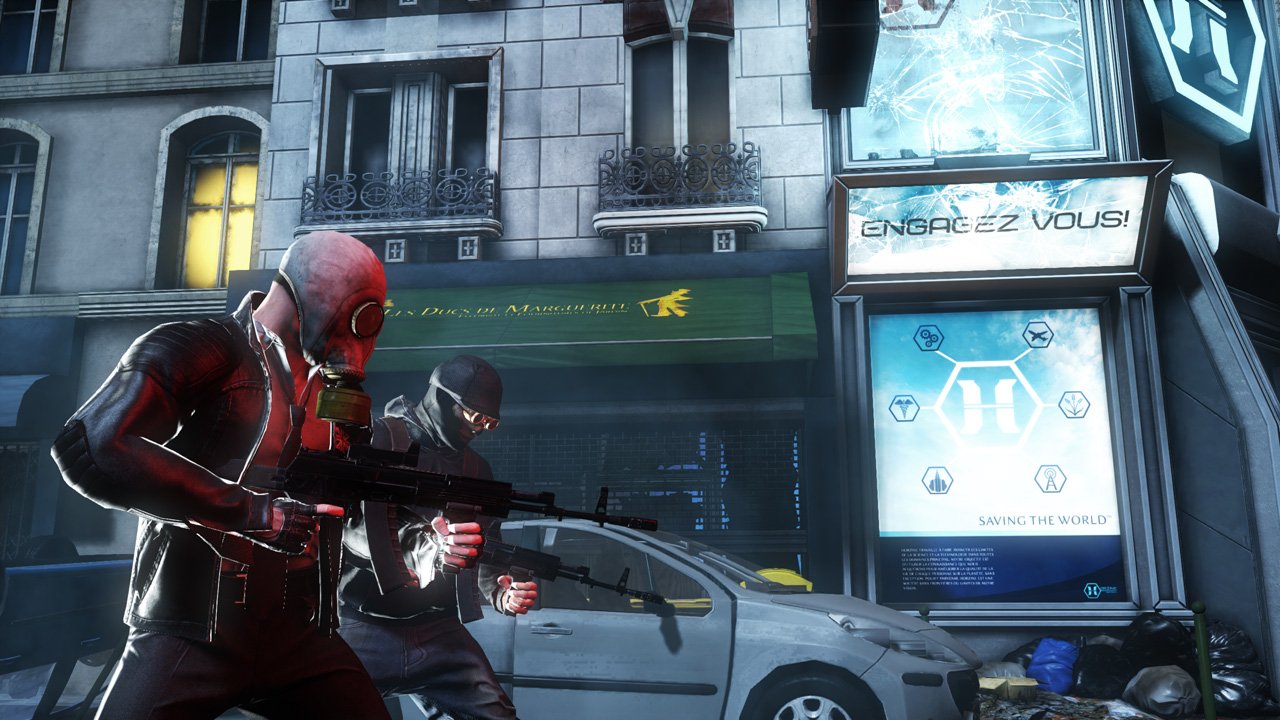 When Killing Floor 2 devs altered their EULA to make their stance clear on modding, some Steam users stuck around to read the rest of the agreement. In Killing Floor 2’s General Discussion forum on Steam, one such user took exception to what they found. 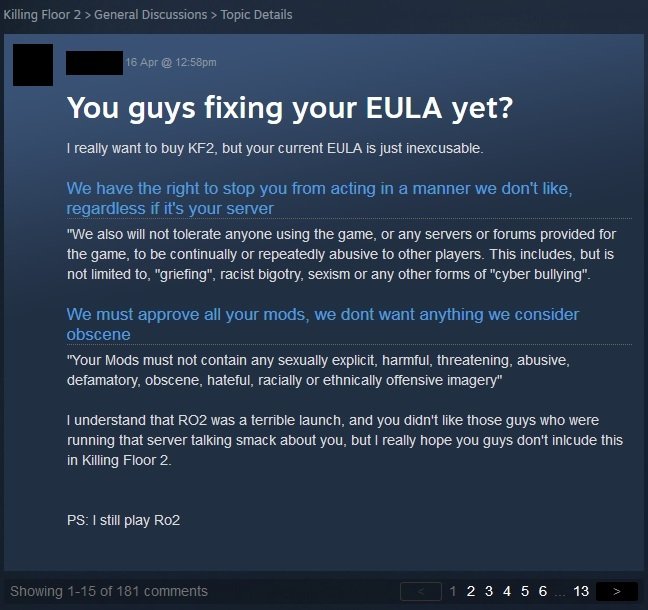 To give his response maximum visibility, Alan Wilson, Vice President of Tripwire Interactive, responded by creating a thread specifically to visibly address the issue.

“We added the pieces to the EULA about “behaviors” as a reaction to really evil behaviors which are simply not appropriate in multi-player or co-op games. Or anywhere in civilized society, for that matter.

So what does this mean? It just means that we wanted to make it clear where we stand. We don’t have any intention (or the time, frankly) to start policing servers and hunting down people who use bad language at each other.

It’s [sic] there so that, if at some point in the future, some individual gets utterly out of control and is being abusive to enough thousands of people to come to our attention – we can actually take action.

For the other 99.999% of the population – play on! We’re not watching or tracking you or anything else. We have wayyyy better things to do – like making games.”

Discussion across both threads has been divided. Some users have pointed out that the majority of EULAs include a clause for revoking access to a property for any or no reason. Others are worried about the potential for abusing reporting players. Wilson responded to one poster who pointed out that banning players is usually up to the administrator of a given server: 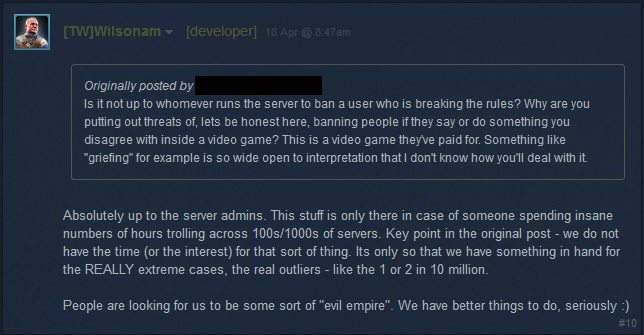 Perhaps predictably, this response did little to assure those who those who believe Tripwire Interactive is currently on a slippery slope.