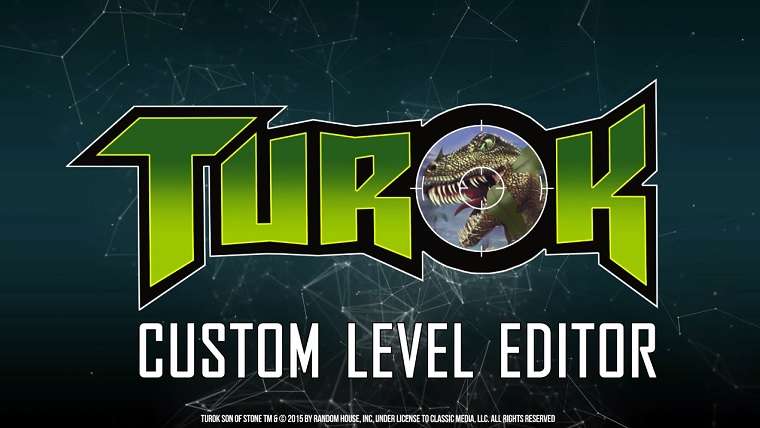 Late 2015 saw the return of Turok in the form of a PC remaster handled by Nightdive Studios, which did a solid job of touching up the game without diluting the original experience. Despite the remaster being over a year old and it largely falling off of the radar, the game has actually received a major update that just might convince some people to jump back on board.

Developer Nightdive Studios has announced that the game now has a custom level editor, which actually launched in late December but got buried in the holiday season rush. Regardless, they have now released a new trailer that shows the level editor in action, which you can check out for yourself at the bottom of this post. It essentially allows you to create or alter maps and then share them with the community on Steam.

Nightdive Studios is also hard at work on a remaster for Turok 2, but it does not have a firm release date yet. They said the following in an update on Steam:

“We’re well aware of the demand for Turok 2 and it is still in development…in fact we started development just shortly after the launch of the first Turok. Turok 2 is a bigger game, more enemies, more weapons, more locations and most importantly…Turok 2 had Multiplayer. In our quest to bring you the most authentic experience at the highest quality level available we’ve decided to give Turok 2 the love it deserves and release the game “when it’s done” which is why all we’ve been able to say is this: Turok 2 is coming!”

If you’ve been considering picking up the Turok remaster on Steam then now is a great opportunity to do so, as the game is currently discounted to $5. If you need more convincing as to why you should pick it up, then be sure to check out our review of the game.