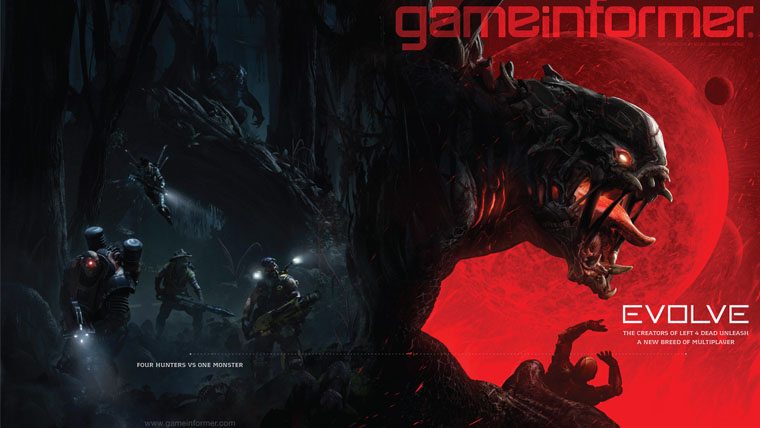 The studio that boasts people who worked on both Counter-Strike and Left 4 Dead are finally ready to unveil their ambitious project. It is called Evolve, and it can be found on the cover of next month’s issue of Game Informer, which teases the game with a gargantuan alien creature and its future supper.

The sci-fi shooter follows in the footsteps of the studio’s previous works. A team of player-controlled alien hunters will be tracking down a beast that may very well become the hunter itself. The monstrous opponent, who is controlled by another player, will become increasingly more powerful as the match progresses. The developers’ trademark blend of cooperative and competitive elements are sure to return in this one as well.

Digital subscribers will be receiving their issue soon, although Game Informer has also set up a hub that anyone can view and which will be filled with more related content as time passes. To be published by 2K Games, Evolve is promised to us this fall on the PC, Xbox One and PlayStation 4.

The details may be few at this point, but has the dial on your hype meter perked up yet?