The latest news in the world of video games at Attack of the Fanboy
February 14th, 2016 by William Schwartz 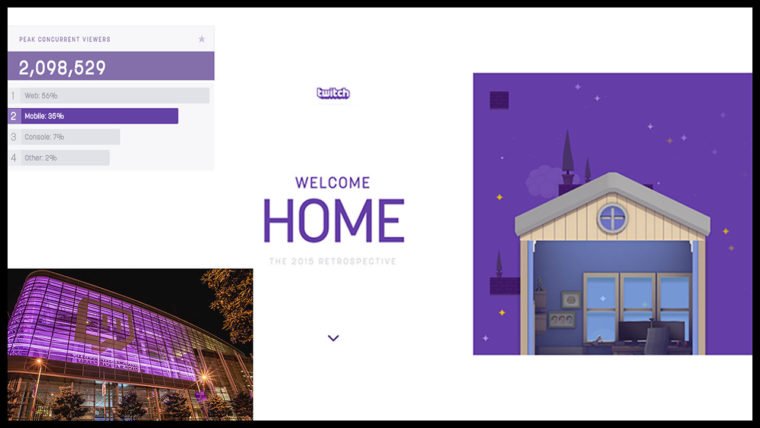 Twitch released their retrospective of 2015 this week and with it came the statistics. In 2015, there were an average of 241 billion minutes streamed by an average of 1.7 million broadcasters per month. Over the course of last year, the site as a whole averaged around 550,000 concurrent viewers. They hit a peak of 2,098,529 concurrent viewers on August 23, during what they called “a perfect storm of esports content.” ESL One: Cologne 2015 and the League of Legends NA LCS Finals were both that weekend, driving up viewership, with ESL One alone garnering over 27 million unique viewers.

On average, each viewer watched 421.6 minutes monthly, and they are quick to point out that YouTube’s average is around 291. In November, they launched Twitch Creative and also hosted the Extra Life charity event, which led to a peak of 35,610 concurrent broadcasters. With Twitch’s help, Extra Life ended up raising over $7 million for Children’s Miracle Network. Viewers helped over 55 different charities raise over $17.4 million in 2015. They helped raise $2.8 million through Games Done Quick for the Prevent Cancer Foundation and Doctors Without Borders, $1.3 million through Gaming For Good on behalf of Save the Children, as well as around $1 million each during the Yogscast Jingle Jam and St. Jude Play Live.

Twitch also launched on some new platforms in 2015, and is now available on both Xbox One and PS4, Chromecast, Roku, Amazon FireTV, iOS, Android, and NVIDIA Shield. Viewers on mobile devices now make up 35% of Twitch’s monthly viewership, but browser users still make up the largest portion, at 56%. Consoles seem to be a hard market for Twitch to crack, only making up 7% of their viewership.

The top ten most watched games on Twitch in 2015 remained mostly similar to 2014, with two additions: FIFA 15 and Destiny, both having launched late in 2014. League of Legends tops the list, followed by CS:GO, DOTA 2, Hearthstone, Minecraft, H1Z1, Destiny, World of Tanks, World of Warcraft, and FIFA 15. Esports remained a growing force on Twitch, where events were hosted “from Madison Square Garden, to Las Vegas, to Berlin, Seoul, and everywhere in between.” 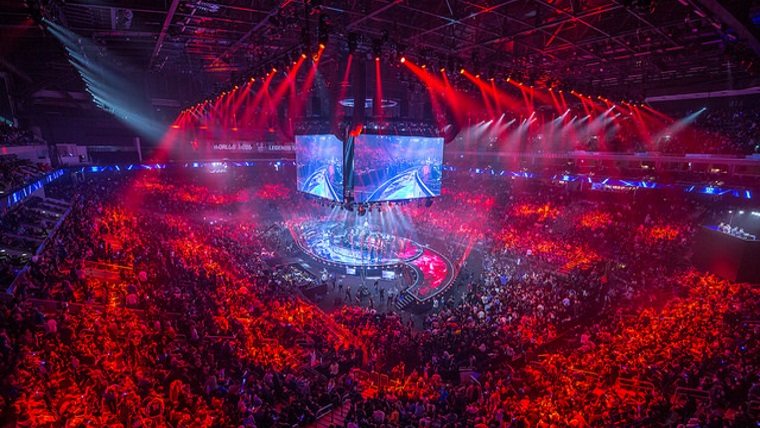 2015 also saw the first ever TwitchCon, which was held in San Francisco. Over 20,000 people attended in person with another nearly 2 million watching online. The countries with the highest viewership last year were the United States, Canada, Brazil, the United Kingdom, France, Germany, Poland, Sweden, Russia, and Taiwan.

In the course of its short life, and especially since being acquired by Amazon in 2013, Twitch has seen phenomenal growth particularly in the esports market. They have the bulk of the existing market share, but with YouTube Gaming digging in for a fight, we’ll have to see what the two streaming giants have in store for 2016.