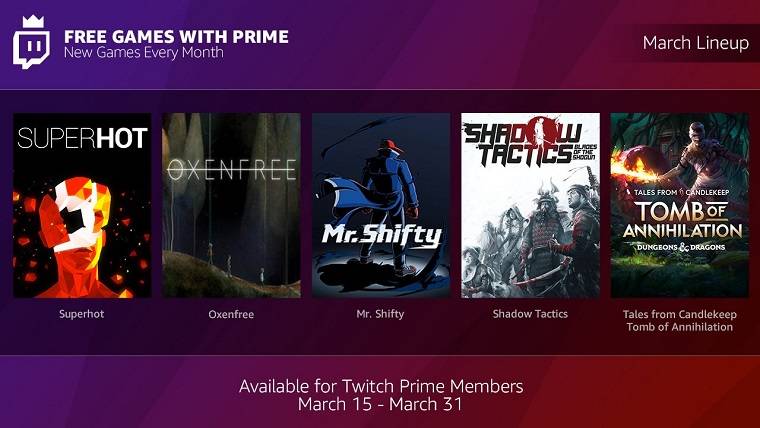 To be clear, free games aren’t new to Twitch Prime. Ever since it arrived it launched in 2016, subscribers were privy to free games every so often. It’s just that under the new “Free Games With Prime,” subscribers will now gain this benefit every single month.

As for which games will be available to download? Currently, the only game available is Devil May Cry HD, but that soon will be joined by Superhot, Oxenfree, Shadow Tactics, Mr. Shifty, and strategy-RPG Tales from Candlekeep: Tomb of Annihilation. Come April, those games will be replaced by Tales from the Borderlands, SteamWorld Dig 2, Tokyo 42, Kingsway, and Dubwars.

Though the announcement doesn’t make it clear, it seems likely that subscribers will likely be required to install the Twitch Desktop App in order to access their monthly games. Once you do, however, they’re the subscribers to keep forever (provided they maintain their Twitch Prime subscription).