The latest news in the world of video games at Attack of the Fanboy
May 2nd, 2017 by Kyle Hanson 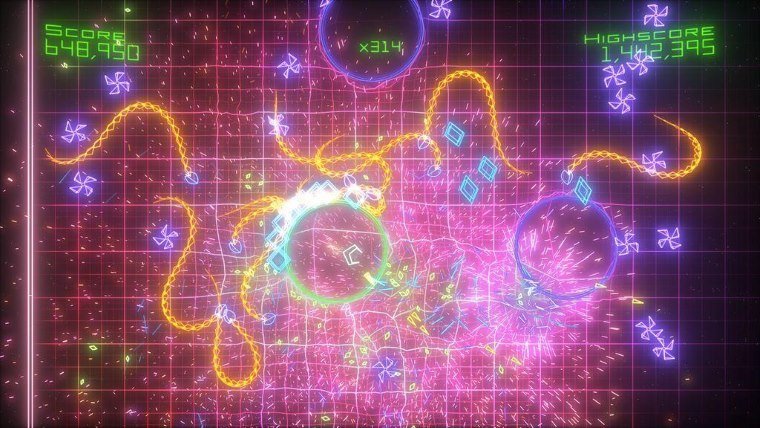 Two more games have been added to the Xbox One Backwards Compatibility list. In contrast to some of the recent releases, these two games are pretty much classic Xbox 360 experiences, with Geometry Wars: Retro Evolved 2 and Geometry Wars 3: Dimensions Evolved. These two games should become available for the popular feature later today, so if you already own them just check your Games list on Xbox One to see if they’re available.

Geometry Wars: Retro Evolved 2 was one of the biggest, best, and most important early releases for the Xbox 360 download service. At the time, download only games weren’t really seen the same way they are today. Games that had no physical release were kind of seen as secondary experiences, often throw away titles. The original Geometry Wars: Retro Evolved really helped push the Xbox Live Arcade to new heights, and this sequel cemented that reputation.

Geometry Wars 3: Dimensions Evolved wasn’t quite as significant, arriving in 2014 across multiple platforms. It also wasn’t as well received as its predecessors, though the game was quite enjoyable in its own way.

Xbox One Backwards Compatibility continues to grow by leaps and bounds. The service was surprisingly announced at E3 2015 with a full release later that year. Since then the platform has grown and expanded quite a bit. Microsoft has quickly added many games to Backwards Compatibility, including many highly requested titles like Call of Duty: Black Ops, Red Dead Redemption and many more.

We do still get smaller releases, like last week’s slate of Cabela games. Still, any addition is good for someone, and it’s good to see Microsoft pushing more and more games out the door and into gamers’ hands. If you own these two Gemoetry Wars games on Xbox 360 just check later on to see when they’re available to download on Xbox One.