Ubisoft Annecy Brought On To Help Develop The Division

The latest news in the world of video games at Attack of the Fanboy
May 10th, 2015 by William Schwartz 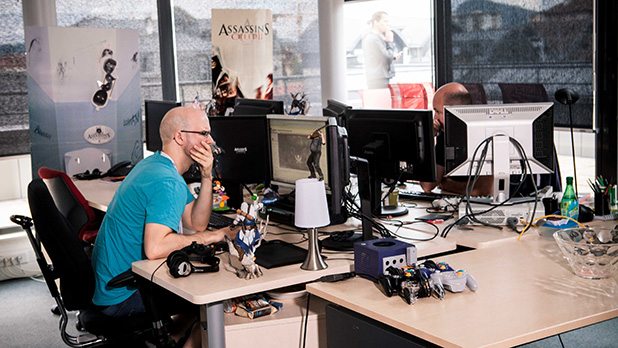 Ubisoft has a history of involving multiple studios to develop their major pillar releases so it should be no surprise that they have brought on Ubisoft Annecy to join the group of developers currently working on The Division.

The Division is Ubisoft’s next big new IP stemming from the Tom Clancy family of titles. It is an open-world third-person game that was announced back at E3 2013. It has made a few appearances here and there, but has continued to elude fans. It was previously being worked on by three studios, Massive Entertainment being the key developers with assistance from Ubisoft’s Tom Clancy veterans Red Storm, and Ubisoft Reflections who recently worked on The Crew. Now comes word via the UbiBlog that a fourth studio (Ubisoft Annecy) has been brought on board to help with the development of The Division.

“We are very happy that Ubisoft Annecy is part of The Division’s family. They are highly experienced and talented developers, adding much value to the project. Being able to work with other studios offers fantastic creative opportunities during development and, in the end, strongly benefits the overall quality of the game.”

Hopefully we will hear more about Annecy’s involvement and more of The Division as we draw closer to E3 2015. The Division is set to release on Xbox One, PlayStation 4 and PC in 2015.