Ubisoft Explains Why Skull and Bones is a New IP, Plans to Support It for Ten Years 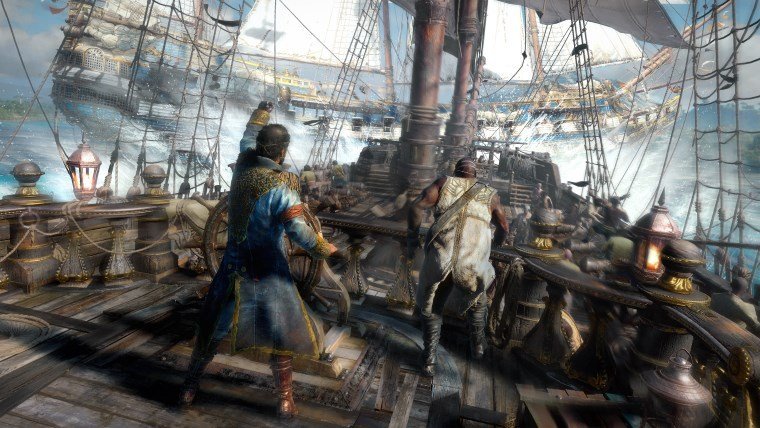 When Ubisoft announced Skull and Bones, a lot of people were quick to point out the similarities between it and Assassin’s Creed IV: Black Flag. Some even wondered why it wasn’t just a spinoff title in the series considering the brand has a large, pre-existing fanbase. Developers at Ubisoft Singapore answered this lingering question and more when GameSpot visited them for a new interview.

Speaking about the idea for Skull and Bones, Ubisoft Singapore Managing Director Olivier de Rotalier said, “after Assassin’s Creed IV: Black Flag, [we wanted] to stay in the pirate fantasy and to make it bigger and stronger.” The team then created a prototype with 1v1 naval combat, and although it was fun, de Rotalier noted that it wouldn’t exactly fit within the Assassin’s Creed universe because it was “quite far” from what the series wanted to do.

Ubisoft CEO Yves Guillemot also chimed in on the decision by saying that a new IP allowed the team greater creative freedom.

“We didn’t want the limits–creating a new IP gives you the chance to do whatever you want. It’s a way to get more freedom,” he said.

Aside from that, de Rotalier discussed the company’s plans to support Skull and Bones. With the Games as a Service model becoming increasingly popular among developers and franchises having “10 year plans,” it’s no surprise that Ubisoft is taking a similar approach, hoping to support the game and brand for 10-15 years.

“We are building a game that we want to support in the long term, that relies on strong mechanics; RPG, online. We want to build a strong service to be able to support a long-term experience. We are convinced that the core gameplay that we are building is big enough to experience on the long term and keep people engaged. We have a plan to make it last,” said de Rotalier.

Skull and Bones is set to release sometime in 2018 for Xbox One, PlayStation 4, and PC.

Home / Game News / Ubisoft Explains Why Skull and Bones is a New IP, Plans to Support It for Ten Years