The latest news in the world of video games at Attack of the Fanboy
November 10th, 2015 by William Schwartz 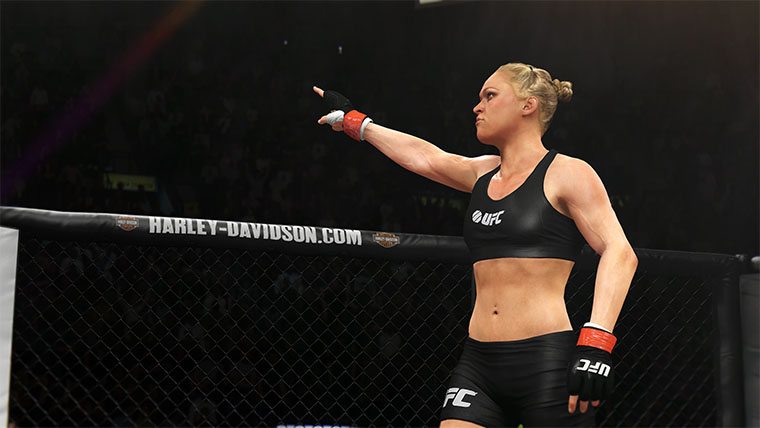 After teasing the existence of a UFC sequel on Twitter yesterday, EA have now confirmed its existence. Aptly titled UFC 2, the sequel is set to build and improve upon its predecessor. In a brand-new video, available below, it is explained that the team at EA focused on fan feedback, and the areas of the original game that perhaps didn’t hold up so well. The team at EA “made it a priority to sharpen the fundamentals,” leading to what is described as “the smoothest and most responsive set of moments ever available in an MMA game.”

There’s a mention of challenges, sparring sessions and mid-fight feedback, all geared towards improving the player’s performance inside the Octagon. Although not explored in much detail, it’s also mentioned that there will be a host of new offline and online modes to keep all players engaged. Finally, new animations are set to improve upon an already stunning looking game, with deep character customization, too.

A description reads: “EA SPORTS UFC 2 innovates with stunning character likeness and animation, adds an all new Knockout Physics System and authentic gameplay features, and invites all fighters to step back into the Octagon to experience the thrill of finishing the fight. From the walkout to the knockout, EA SPORTS UFC 2 delivers a deep, authentic, and exciting experience.”

UFC 2 is coming to PlayStation 4 and Xbox One in Spring 2016. To keep up to date with all UFC 2 news, add yourself to the mailing list here.