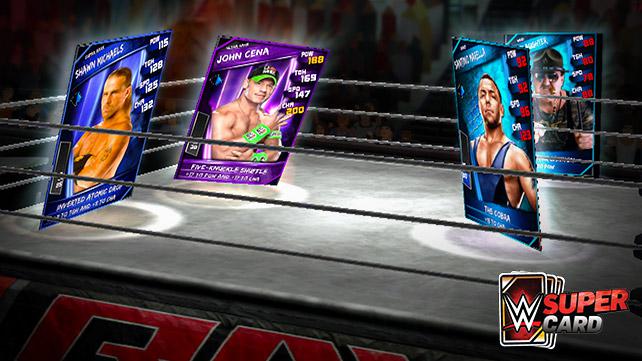 An upcoming new update to WWE Supercard will speed up the tempo of matches in the free to play mobile card game.

Cat Daddy Dev uploaded a new video taking a look at the new update. Fans have been requesting that Exhibition matches become faster, and now it will finally come true in the new update that is coming out soon.

If you look at the video, you can see that matches look much faster and the game loads much quicker too. A match up between two users usually consists of three matches in total. The new update means you can get through other players at a faster rate as everything can be completed in a mere 20 seconds or so.

WWE Supercard has become quite a surprise hit when it launched last year. The free to play mobile card game is addictive and many people still play it.

The new update should be out within the next couple of weeks. It’s possible it could be coming out later this month. This means you can breeze through matches faster and acquire more cards in less time than ever before.

Check out the new video looking at the WWE Supercard update below: