The latest news in the world of video games at Attack of the Fanboy
October 20th, 2015 by Dean James 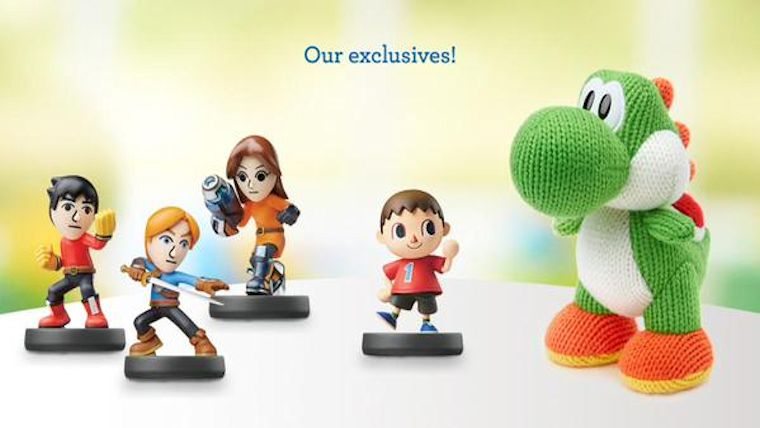 The amiibo situation even just a couple months ago was still very questionable, with it very hard to find even newly released amiibo. However, through Wave 5 and 6, as well as the recent Yarn Yoshi’s, times seem to be getting much better and that trend looks like it will continue with Toys R Us’ string of upcoming exclusive amiibo.

We learned very recently that Toys R Us was getting a number of exclusives in the coming month, including the first exclusive restock for a previously non-exclusive amiibo. The Mii Fighter 3-pack will be arriving on November 1, the Villager Restock will arrive on November 8, and lastly the Mega Yarn Yoshi amiibo will be out on November 15.

Based on the previous exclusives we’ve seen of late, we thought the numbers would be rather solid, but they are exceeding expectations for the most part.

According to Amiibo Alerts, who have details straight from the Toys R Us system, we now have some minimums that stores will receive for each. Both the Mii Fighters 3-pack and Villager will have a minimum of 64 per store. This is pretty awesome, though we don’t know if that means it will all be in one shipment or not, as some stores already have some Villagers arriving, though they are street dated at the register.

The one that was most worrisome previously was the Mega Yarn Yoshi, which was said to have extremely limited quantities. However, according to this report, the minimum a store will get is 18. This is a pretty solid number, especially with the cost of $39.99 on this likely keeping some people away from purchasing it.