Update List for Call of Duty: Black Ops on PC 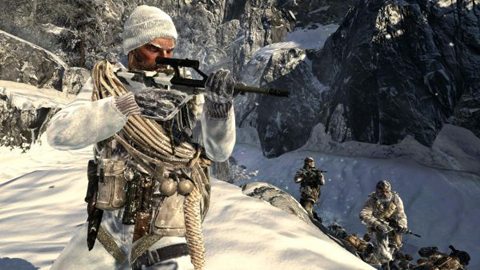 Treyarch has just announced that new updates are planned for Call of Duty: Black Ops on PC.

Added an option to create shaders during load time. This fixes hitching when viewing a new area of the map for the first time on some video cards.
Incomplete server browser results.
Improvements to Quickmatch results (with better ping and reduced lag)..
/connect
/reconnect
Improved threading performance on computers with only 2 cores.
Fixed random freezes in certain computer configurations.
Increased reserved slots to 9.
Improvements to the spawn system to resolve an issue where negative spawn influencers from specific game events were not always being deleted after the danger had cleared – in some matches, this was causing good spawns to be erroneously flagged by the game as bad spawns, which in turn forced actual bad spawns to get selected later in the match
Weekly and Monthly leaderboards will now track all kills, deaths and assists properly (All Time leaderboards were not affected by this)
Prevention of killstreak selection getting disabled in Combat Training under rare conditions
Array: Added collision to prevent players from partially clipping into a tree
Launch: Added collision to prevent players from strafe jumping onto an invisible ledge at the base of the rocket near B3
Summit: Added collision to prevent players from jumping to a location outside of the map boundary when in Custom Games where player speed is maxed out
Havana: Added collision to prevent players from jumping onto an invisible ledge above a doorway at C2
Nuketown: Adjusted a spawn point that would spawn players on top of a mannequin’s head when that mannequin was randomly spawned in that location
Launch: User could access a small platform outside of the intended play space below the rocket gantry by jumping to a very specific location; now blocked from access
Launch: User could access a small area inside geometry at vents near Dom flag A by going prone and moving around in a very specific location; now blocked from access
Some users reported that weapon attachment challenges were not resetting after prestige; now all are guaranteed to clear as soon as selecting the prestige option
Radar sweep when there are only 2 players left in One in the Chamber will stop functioning if the 2 players have multiple lives when the sweep starts
Villa: User can clip into rock at west edge of grid zone B2 and see through to the other side
Crisis: User can clip into LVT between grid zone A3 and B3 and see through to the other side
User can get an infinite number of ‘Sam Turret’, ‘Care Package’ and ‘Sentry Gun’ killstreaks (commonly referred to as the “care package glitch”)