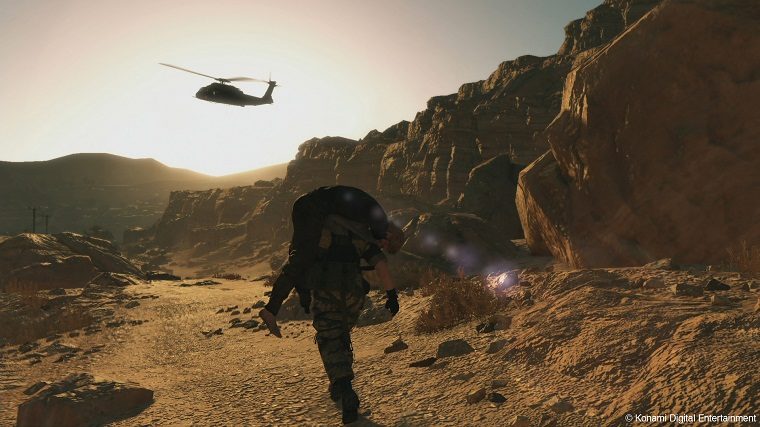 Voice actress and singer, Donna Burke, scared everyone when she said Hideo Kojima was already fired. It sounds like he’s still working on Metal Gear Solid V: The Phantom Pain though.

Burke had a poor choice of words last week stating that Kojima was already fired from Konami. This confused a lot of people since Metal Gear Solid V: The Phantom Pain is not out until September. The game’s director cannot just up and leave so suddenly before the game is even finished.

“I agree, Konami- I should be more accurate.

Konami is correct in that Kojima has not actually been fired. As I stated previously he and his team are still working hard on getting the game out. My sincere apologies to Konami, Hideo Kojima and the fans for giving the wrong impression.

I was trying to add my voice to Otsuka-san pleading with the fans to not abandon MGSV because of the stuff happening at Konami and to throw my support behind Kojima and everyone who has worked over the last five years and is working to make this game the greatest ever.

Kojima himself confirmed in a statement that he was still “100% involved” in the completion of The Phantom Pain, and was “determined to make it the greatest game I’ve directed to date.”

So my apologies for upsetting you all.”

Fans can rest easy now as Kojima is still working on Metal Gear Solid V: The Phantom Pain. However, things between Kojima and Konami might change after the release of that game…