The latest news in the world of video games at Attack of the Fanboy
July 26th, 2017 by Dylan Siegler 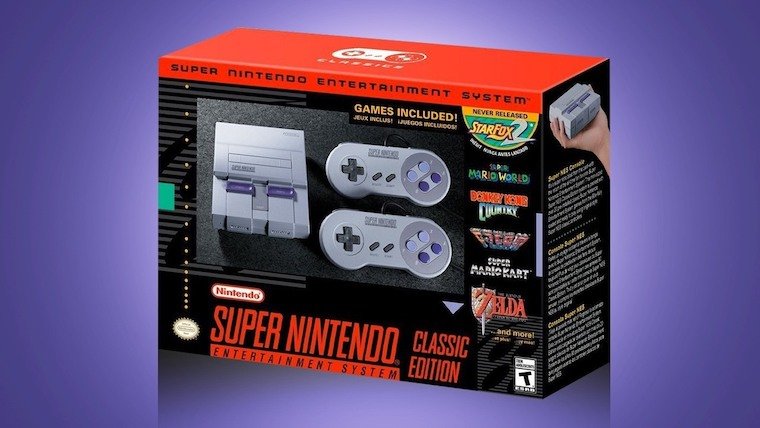 I think, deep down, we all knew this was coming. For those who don’t know, last Friday, Walmart made pre-orders for the highly anticipated micro console, the SNES Classic Edition, available. This happened suddenly without any prior announcement at a random (and for some, inconvenient) time. The next day, many people noted that their pre-orders had been cancelled, seemingly out of nowhere, with the cancellation notifications often citing problems with payment methods. Though no official statement was made by Walmart at the time, it was speculated that the item was made available for pre-order on accident and that Walmart would eventually be cancelling all pre-orders. Well, today (July 26), Walmart made an official statement and that’s exactly what’s happening. Below is the email that was sent to me regarding my pre-order, which I suspect is the same email that’s getting sent to everyone who pre-ordered the console. 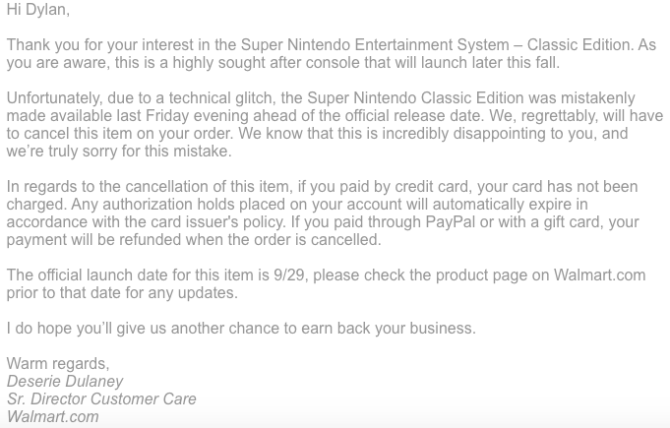 As you can see, the SNES Classic was apparently made “available” for pre-order “due to a technical glitch.” I am unaware of whether this type of glitch is typical of Walmart’s website or not (after all, I only even made an account to pre-order the SNES Classic). As of the time I am writing this, Walmart has not announced specific plans to make the micro console available for pre-order for real. Target, on the other hand, has apparently told Polygon that the console will be available for pre-order from target.com “at a later date.” Other retailers, such as Amazon and Best Buy, have also been silent on the topic of pre-orders.