Featuring Corpus Liches and the most "kawaii" Warframe ever created. 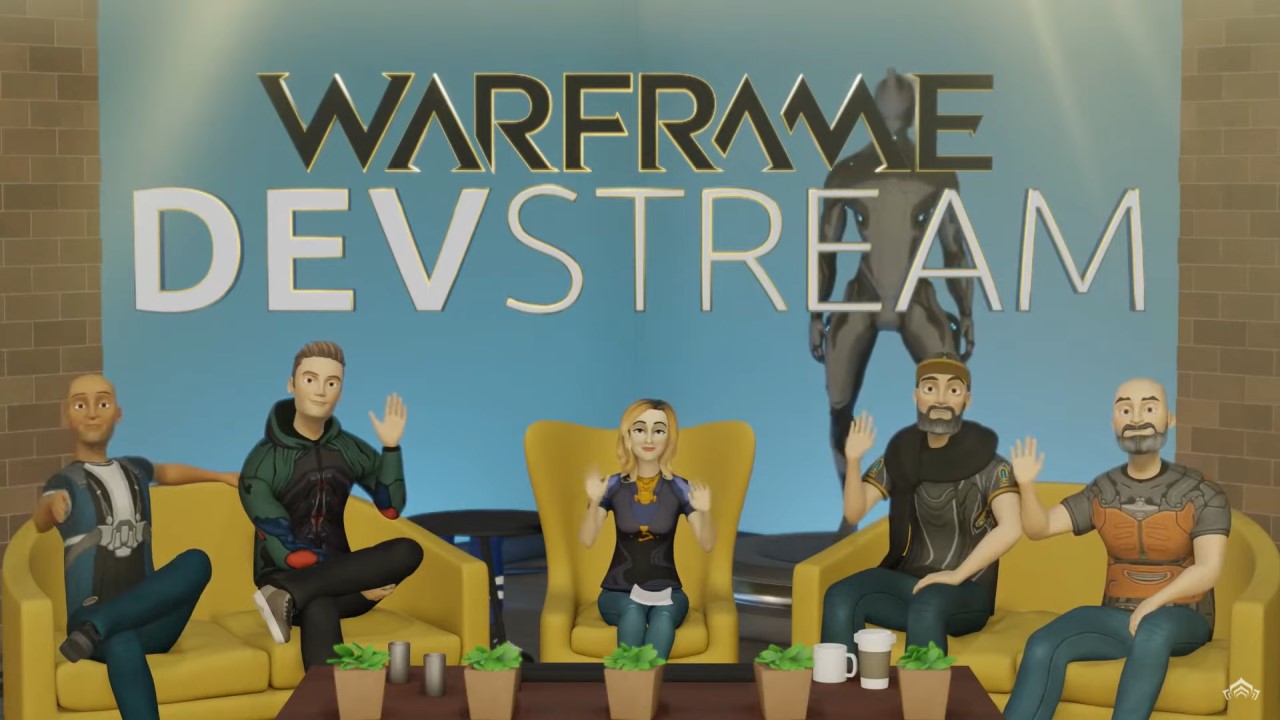 Warframe developers Digital Extremes hosted Devstream 155 earlier today, and they shared a few more details about the upcoming Sisters of Parvos update, to include the next Warframe, Yareli. Nothing in this Devstream was groundbreaking since it and Devstream 154 covered much of the same ground, but we did get to see Yareli in action and learned how to spawn one of the titular Sisters. Ah, good ole Kuva Liches, now in Corpus flavor.

Warframe Devstream 155 Recap: Yareli and the Sisters of Parvos led the show.

Warframe Devstream 155 was rather tame in comparison to some of the previous ones, but Digital Extremes still had plenty to show. To kick things off the team revealed a new initiative to assist fans who make their own merchandise. It should be much clearer now what can be sold, and what violates Digital Extreme’s policies (for example: you need to make your products yourself). It’s currently only in English, but you can find the updated policy here.

Moving on, we learned the Warframe subreddit hit 500k subscribers, and in celebration the mods are hosting five weeks of activities. Following this announcement, the team revealed a few additional details about the Sisters of Parvos update (such Yareli being locked behind a new Vent Kids mini-quest), followed by some of the new weapons coming in the update.

We learned that the next weapon rebalance will nerf melee, which is over-performing in the Steel Path. Ranged weapons won’t receive any direct buffs; instead, the team will buff their mods and add some new ones to better match what’s on offer for melee weapons. After, we saw more of Yareli’s secondary weapon, which the team referred to as a “bubble gun.” Yareli’s secondary is a big deal for the new Warframe, since she rides an organic K-Drive of sorts as one of her skills. 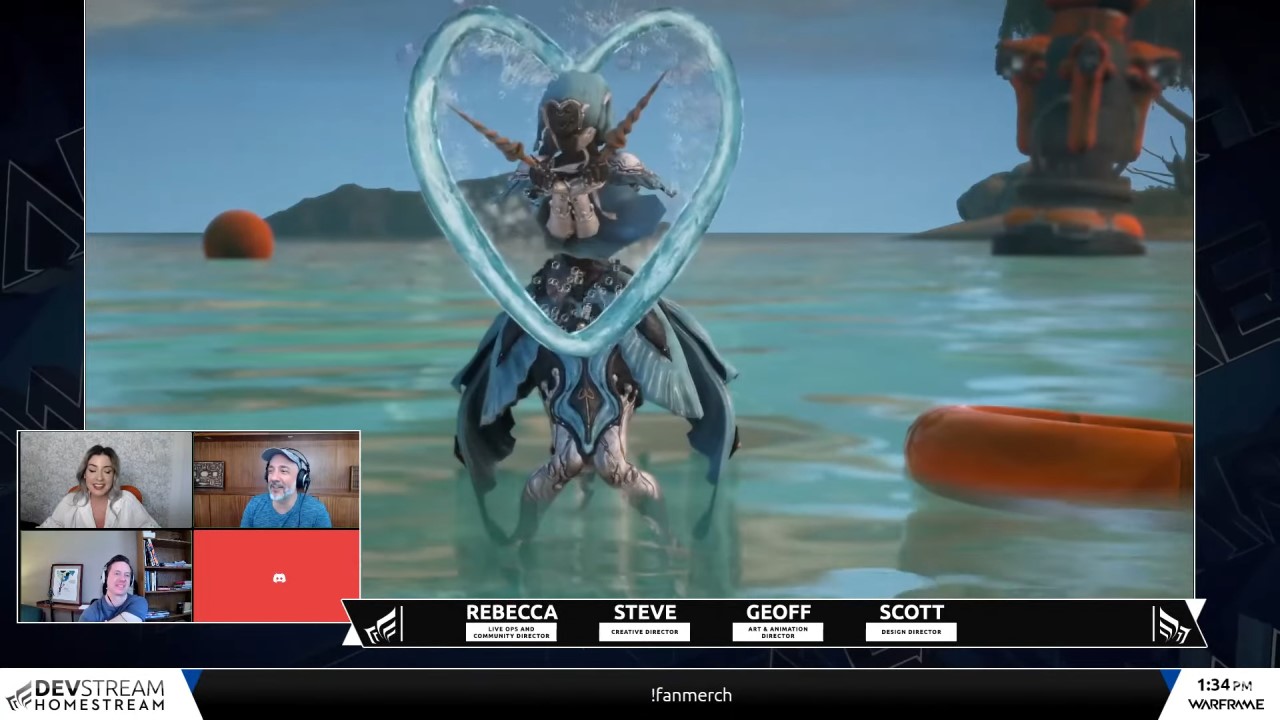 Yep, during the gameplay demo of Yareli and her skills we saw her “companion” Merulina. This manta-ray looking creature is, for all intents and purposes, a K-Drive Yareli can ride anywhere at any time. It was lacking animations in the Devstream (the mesh was apparently finished earlier in the day), but it did appear a bit cumbersome to use within Warframe’s Void defense tileset. On the plus side, Merulina will absorb damage for Yareli and power her passive (which improves secondary weapon crit damage the more Yareli is moving).

That said, her other abilities – Sea Snares, Aqua Blades, and Cyclone Strike – all look to gel well with her more mobile playstyle. Sea Snares offer guided crowd control that also deals damage over time, which pairs nicely with her whirlwind of Aqua Blades that’ll spin around Yareli until deactivated or she runs out of energy. Her ultimate, Cyclone Strike, sucks nearby enemies into a tidal pool that explodes after a short duration, dealing massive damage and launching enemies across the map. 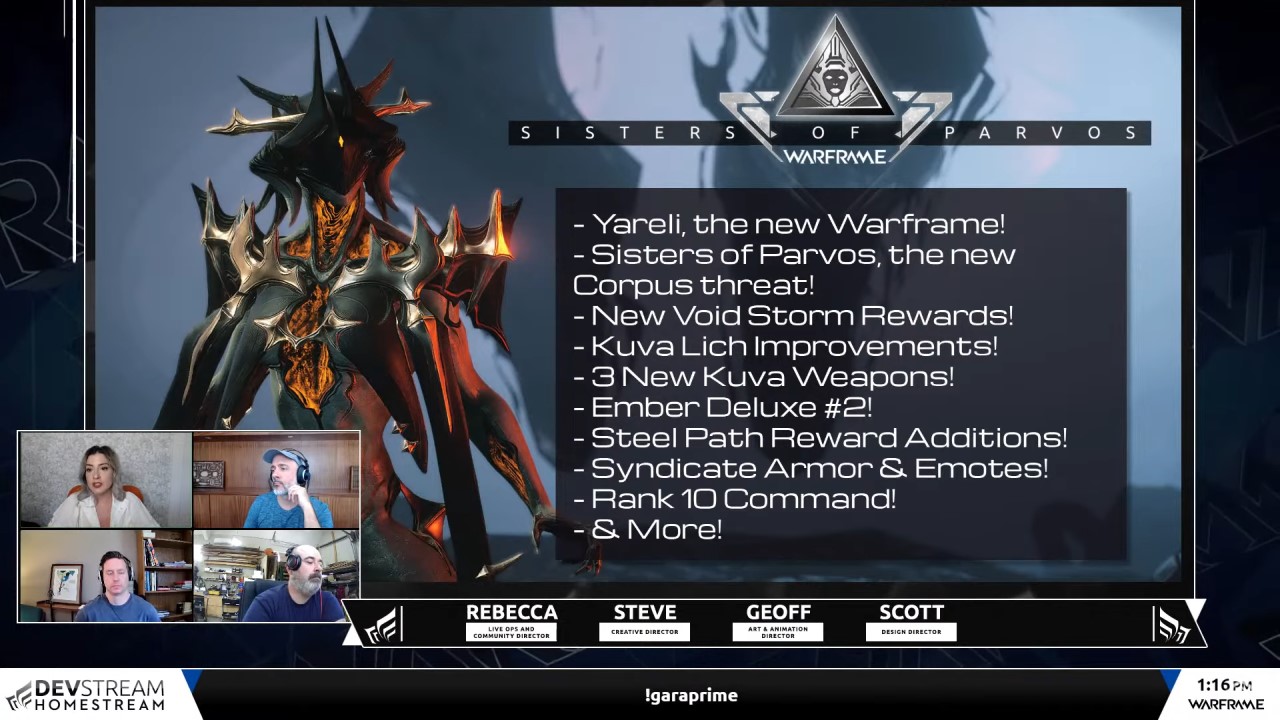 As fun as Yareli looks, the new Sisters of Parvos are the true stars of the upcoming update (it is named after them). The Sisters are the Corpus version of Kuva Liches, and spawning them works in a similar manner as their Grineer counterparts. Well, except needing to go to the Granum Void; you definitely don’t need to do that for Kuva Liches. Completing the Granum Void on any tier will spawn the Progenitor needed to create your Sister, whom you’ll execute to create the Lich. From there it’s a matter of weakening their forces (Hounds in this case), kicking their ass, and eventually either assassinating them or recruiting them. Ya know, the usual Lich dance.

The Digital Extremes team announced the Sisters of Parvos update and Yareli will launch on all platforms simultaneously, but the release date remains very much TBD. They concluded Warframe Devstream 155 by answering a few community questions after revealing the new Ember Deluxe Syandana. All said, Warframe Devstream 155 didn’t have any big reveals, but what was shown off looks compelling. The new in-game Clan recruitment advertising system looks helpful, and the upcoming weapon rebalance should shake things up a bit. Be sure to check out the full Warframe Devstream 155 recording below if you want the more granular details.