The undying frame will bring an elegant infestation to the battlefield Nidus Prime, first revealed at Tennocon 2021, has received new information regarding his loadout as well as a possible release date window. In a TennoLive 2021 replay shown to Warframe players, his model was once again shown. His normal and mutated forms were displayed, showing the ravenous, yet elegant detailing for his Primed variant. What we knew at the time back then was just how he looked, but never really got anything more. 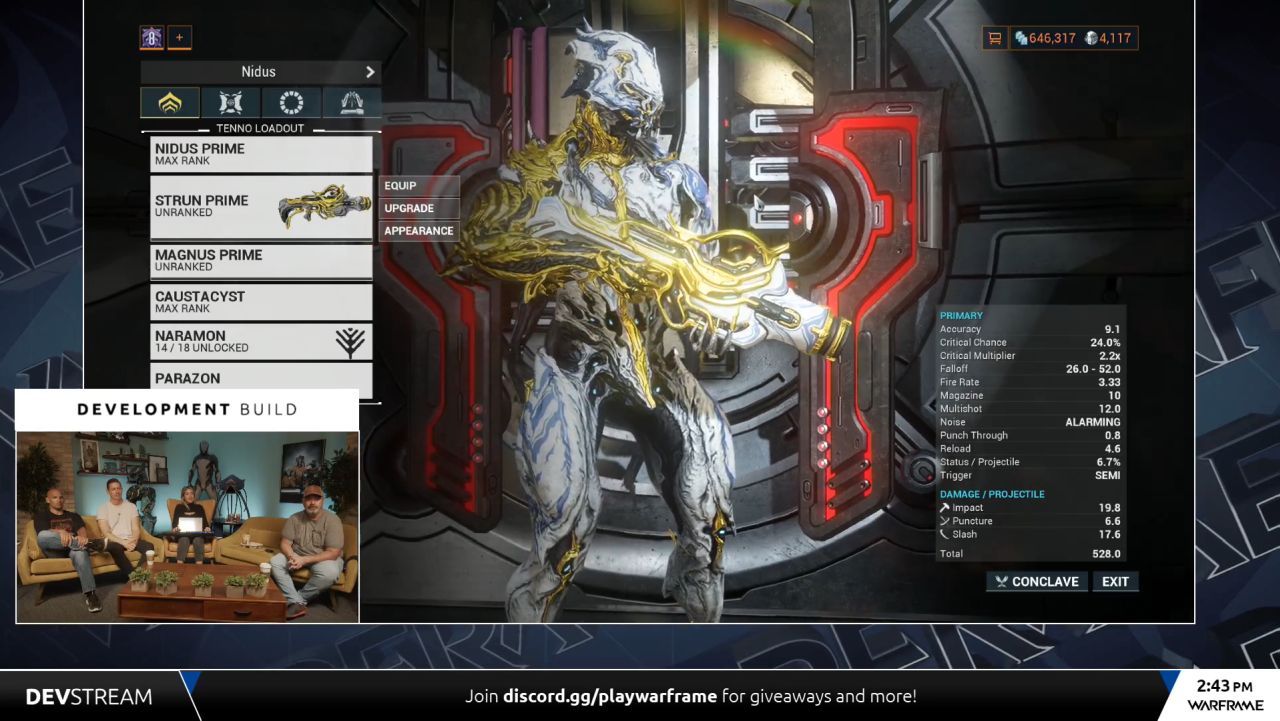 Today, this Warframe’s signature weapons and a few other goodies were teased to players of the game. Sadly, though it makes sense because of the lore, he won’t have Primed infested weapons. There isn’t going to be a ‘Hema Prime’ or ‘Hirudo Prime’ or anything that might fit his role better.

Instead, Nidus Prime will sport a Strun Prime and a Magnus Prime. Those are weird choices for weapons, but it is neat that some of the older weapons were not forgotten. The Strun is perhaps one of the oldest Tenno weapons in the game that hasn’t received the Primed treatment. In the latest Dev Build, it was shown to have higher than average stats, especially in the critical section. 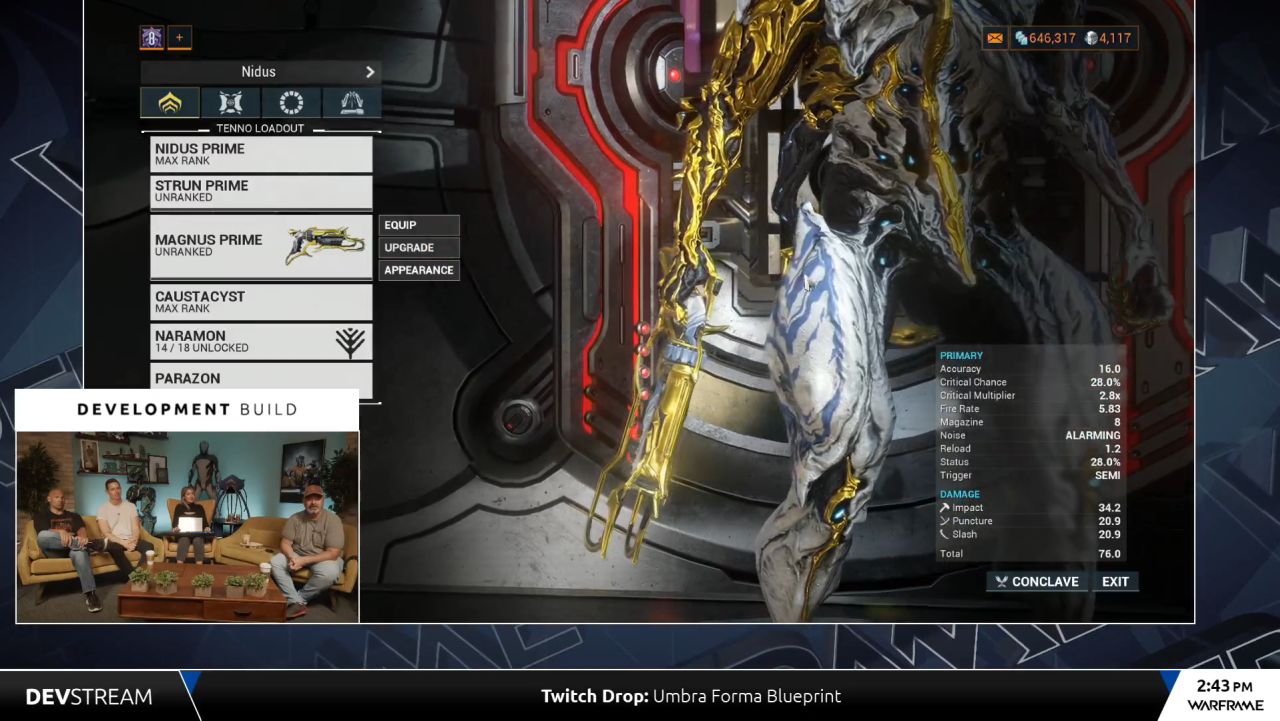 The Magnus Prime, on the other hand, is looking really sweet. It sports a very strong critical chance and multiplier as well as status chance. It’ll definitely be viable as a crit and status hybrid weapon that has the potential to do high amounts of damage.

Since Nidus is one of the more popular frames, he is getting more unique cosmetics when his Prime Access releases. Along with his signature ‘Crimoid Prime’ Syandana, he’ll also be bundled with a Necramech skin and an infested orbiter interior decoration scene. Nidus’ Karnolyth Necramech skin may seem to be part of his “Prime Accessories” bundle that complements the main Prime Access. While no release date was officially announced yet, we can assume that he’ll be available on September 8, the same day that Update 30.7 is supposed to come out. Gara Prime Access is also set to disappear on the 8th, so that date is even more likely to be a contender for Nidus Prime’s release.