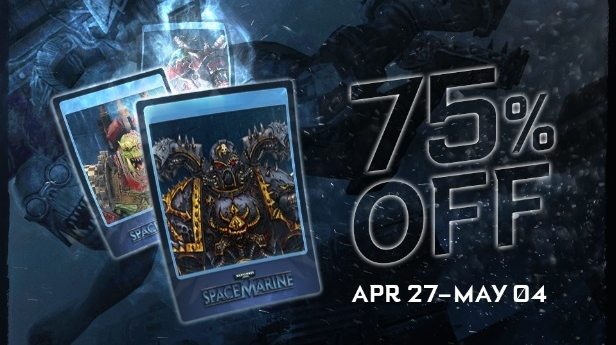 Relic Entertainment, SEGA and Games Workshop have finally added Steam Trading Cards to the PC version of Warhammer 40K: Space Marine. Not only that, but they have even put the game on a 75% off week long sale to celebrate the occassion.

As an added bonus, we’ve introduced Steam Trading Cards to Space Marine! Throughout your journey you can unlock 15 trading cards, as well as badges, Steam backgrounds, and more! ”

Not a bad deal given that it is 75% off this week from April 27th to May 4th on Steam. Fans who already own it have the Steam Trading Cards to be excited about while those who don’t will be picking up a great third-person shooter for Warhammer 40K fans.