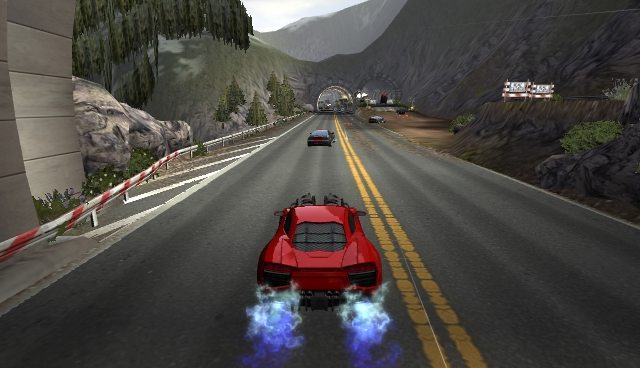 Warner Bros. Interactive announced today that it will be rebooting a classic combat driving franchise, Spy Hunter, for the Nintendo 3DS and PS Vita. Originally hitting arcades in malls across the country in 1983, this reboot will see “upgraded gameplay to give PlayStation Vita and 3DS players a new, adrenaline-charged experience.”

“Gamers now have more choice in the transformation and customization with greater hand controls, brilliant graphics and enhanced action cameras.”

The Interceptor seamlessly transforms from supercar to off-road assault vehicle to speed boat, allowing players to go where they like within the game’s branching mission tracks. Players can choose to outfit and upgrade the Interceptor’s many weapons and high tech gadgets as they like throughout the course of the game. And for the first time, the Agent will have additional support in the form of an unmanned aerial support drone, allowing players to plan their destruction when assaulting enemy agent strongholds. Spy Hunter also features thrilling crash choreography and a camera system that follows the action in slow motion to let players savor the destruction they created.